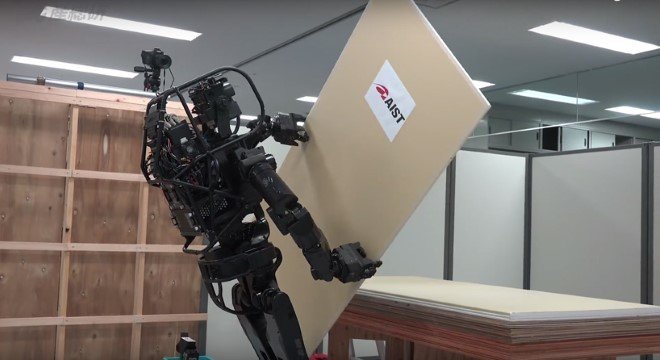 Humanoid robots might replace laborers at construction sites thanks (but no thanks) to a new model robot. Designed by Japan’s National Institute of Advanced Industrial Science and Technology, the prototype essentially provides help when construction sites lack human workers. Despite being slow, the robot works precisely and accurately, leaving no room for error.

In a video demonstration, HRP-5P can be seen picking up a piece of plasterboard and screwing it into a wall. The 101 kg robot can eloquently replicate human actions under complex situations. So how is it able to do all of this anyways? At a height of 182 cm, the HRP-5P comes with 2 degrees of freedom of the neck, 3 degrees freedom of the waist, 8 degrees of each arm, 6 degrees of each leg and 2 degrees in each hand, which totals to 37 degrees of freedom. Thanks to the improved intelligence, object recognition technology and environment measurement abilities, the robust robot can participate in the construction of large-sized structures including aircrafts and ships because of its ability to carry heavy loads like gypsum boards and plywood panels.

According to the Japanese researchers, they do not aim to remove the need for human workers, but rather tackle a problem faced by majority of the industries in Japan. The researchers write, “Along with the declining birthrate and the aging of the population, it is expected that many industries such as the construction industry will fall into serious manual shortages in the future, and it is urgent to solve this problem by robot technology.”

B’Safe self-inflating airbag vest will save you incase… 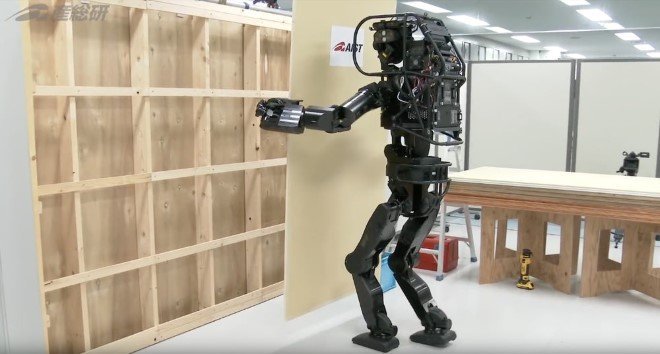 By announcing the new robot, AIST is moving towards a future where robots can take on tasks that are too rough or difficult to be taken on by human workers. Ultimately, humans will be required to participate in the tasks, but it’s still a step towards human autonomy in the construction industry.