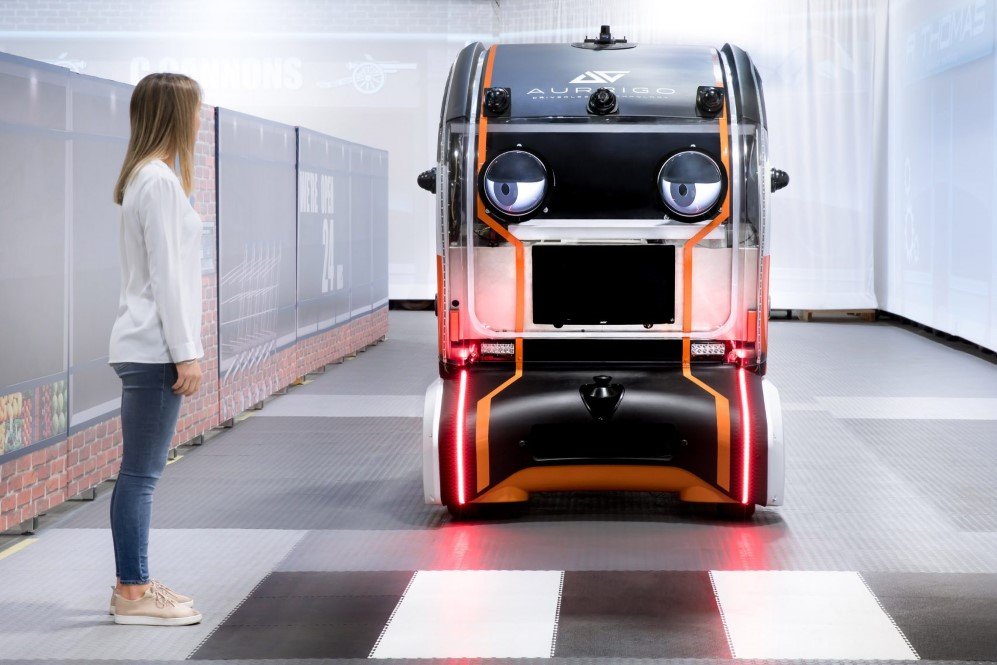 While self-driving cars are taking the automotive industry by storm, there is still a lot of speculation regarding their reliability in front of pedestrians. It’s already difficult to develop trust with other humans, let alone machines. However, Jaguar land rover developed a cool method that could enable cars to establish communication with pedestrians, letting them know when it is safe to cross in front of them.

The weird and unusual method includes giving the car emoji-like large LED eyes in the front, so they sport a friendly look. Hence, like human drivers the cars will make eye contact with the pedestrians and signal them whether it’s safe to walk across the vehicle while it’s in motion. The “eye pods” are currently under testing in Coventry, England by Jaguar Land Rover’s Future Mobility division to improve bridge the communication gap between self-driving vehicles and humans. 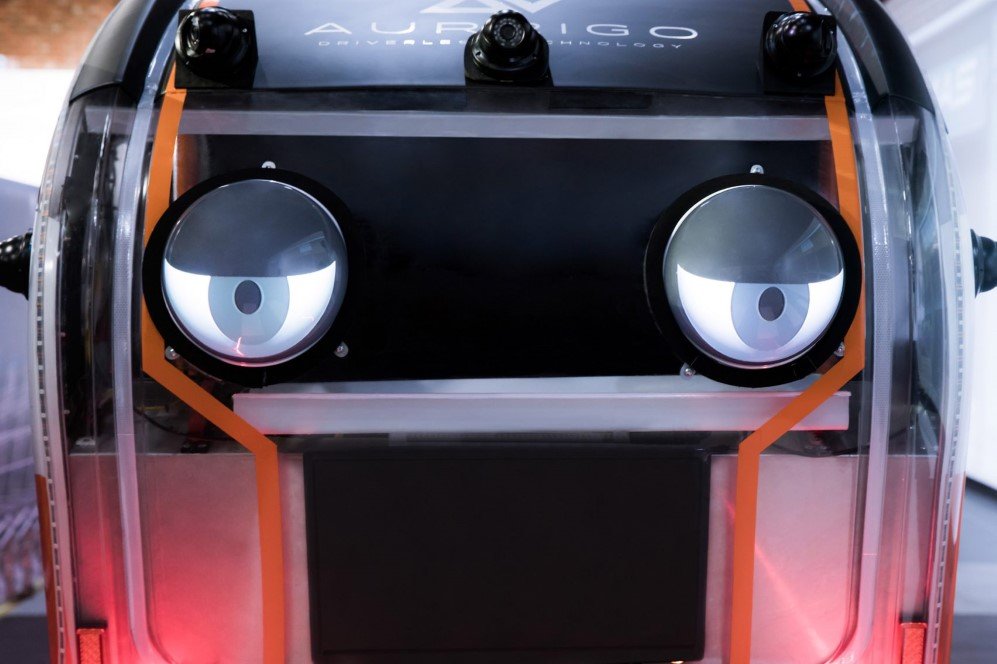 In a statement given by Pete Bennett, who is a research manager at the division, “It’s second-nature to glance at the driver of the approaching vehicle before stepping into the road. Understanding how this translates in tomorrow’s more automated world is important. We want to know if it is beneficial to provide humans with information about a vehicle’s intentions or whether simply letting a pedestrian know it has been recognized is enough to improve confidence.”

Merger of an Airplane, Helicopter and Car: SkyCruiser is an… 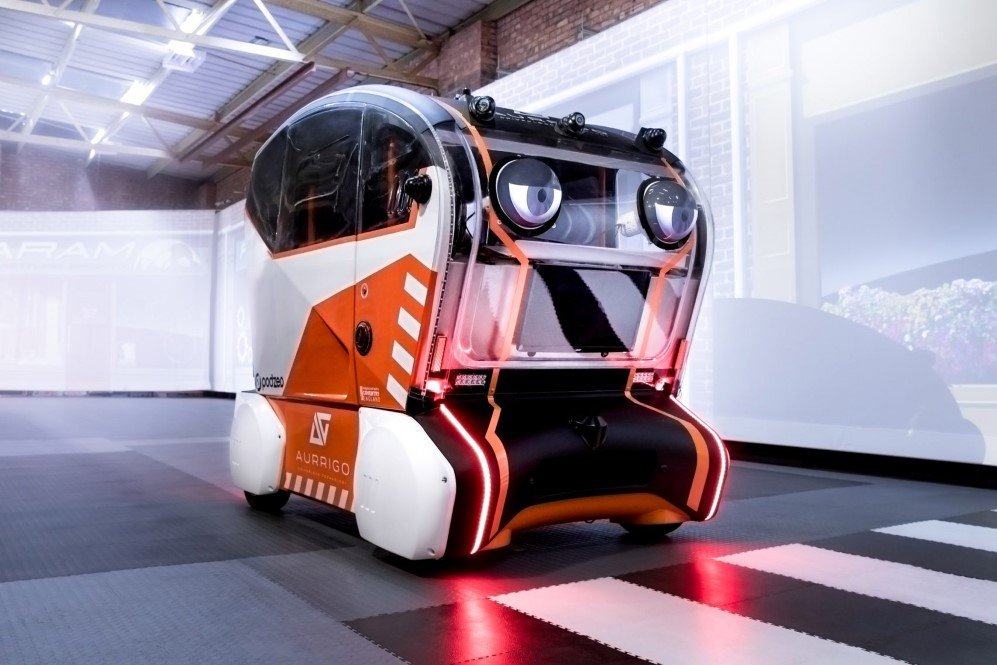 After conducting a survey, the statistics from the American Automobile Association revealed that two out of three people feel unsafe with driverless vehicles on the road while they walk or cycle. These figures keep getting worse following the recent crashes. BMW board director Peter Schwarzebauer believes that overcoming the psychological barriers associated with autonomous driving are much greater than the legal barriers. Hence, Jaguar Land Rover is working with psychologists to understand and improve the way people interact with such cars and in result, increase their confidence and trust in the new technology. 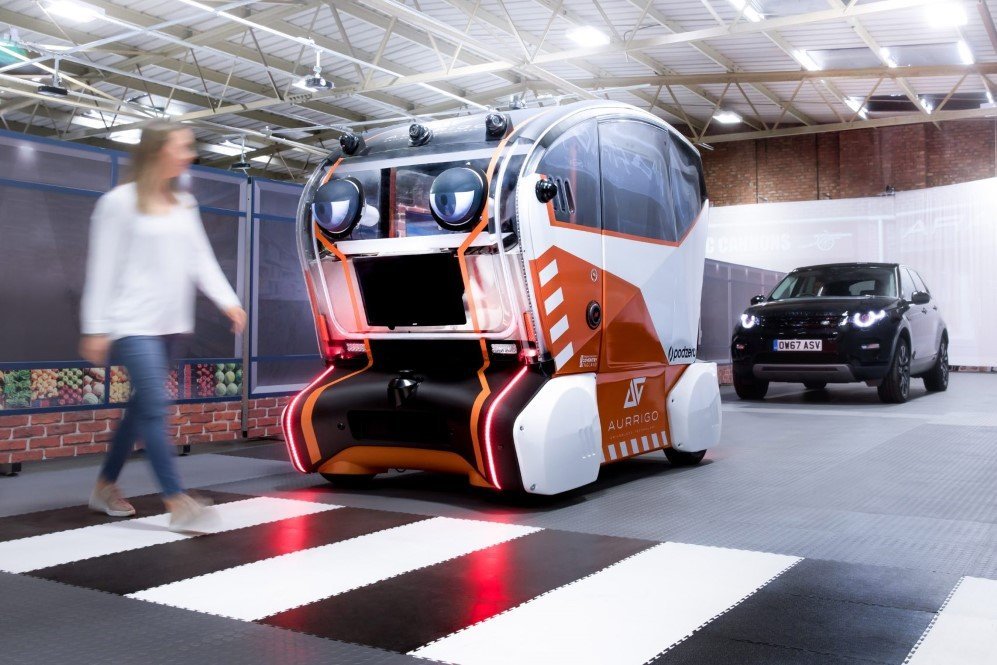 Backed by the UK government, these trials are a part of the Autodrive project, which brings together businesses, local authorities and academic institutions attempting to introduce autonomous technology to the country in order to decrease the rate of accidents. Up till now, more than 500 tests have been conducted in a mock street scene.