Is it possible to colonize Mars? NASA’s latest study can answer all you questions. 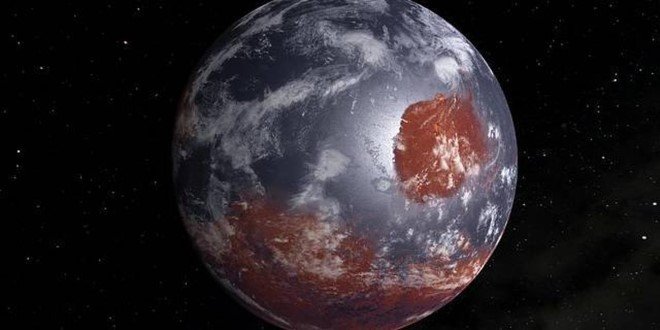 While many consider migration to Mars plausible, some deem this idea as sheer fantasy. The debate could go on forever as there are many abstract areas but this authentic scientific research conducted by NASA itself is likely to put an end to this heated argument; so, to Mars or not to Mars – let’s take a look at the final verdict.

The chances of colonizing Mars seem bleak considering the fact that there isn’t enough material to even support an atmosphere. Researchers at NASA summarized their findings by saying, “Mars is as friendly to life as the Moon”. Here’s why: Mars’ current atmosphere is mostly carbon dioxide and is hundred times less dense than the Earth’s. Even though it is true that there is water on Mars, all of it is exists in the form of polar ice caps and in permafrost; water cannot exist on the surface of the planet as it quickly evaporates due to the atmospheric conditions. This setting makes the surface of Mars a thousand times drier than the driest spot on Earth!

Moreover, the temperature remains below freezing point at night even at the equator, intense UV and cosmic rays strike the planet at all times, and the soil there has the ability to rapidly degrade organic molecules with utmost ease. All these factors suggest that life on Mars cannot exist. However, there is one way: terraforming. This concept of modifying the environment has been floating around for centuries but its actual implementation seems impossible even to this day. Yes, science proves that a billion years ago there were rivers, lakes, oceans and even rainfall on Mars but the circumstances have changed and it is not as easy to bring back such conditions as one would like to assume. On paper it all sounds very practical: melt the poles, allow the carbon dioxide to release from the ice caps, alter the atmosphere in such a way that it supports liquid water and greenhouse gases, and finally introduce oxygen on the planet by planting trees! However, the on-ground implementation of this plan is far from achievable.

These creative packagings will make you buy the products…

After analyzing data from Mars orbiters and landers, Bruce Jakosky (the team leader of this study) said that there isn’t enough water or carbon dioxide on Mars to consider terraforming as a viable option. It wouldn’t work out even if the entire planet was mined for carbon simply because of the insufficient reserves. Similarly, the idea of introducing greenhouse substitutes such as fluorine-based compounds and chlorofluorocarbons on Mars in order to raise the average global temperature is also unfitting as these components would break down before they could be of some use. According to the team, the atmospheric pressure on Mars is 0.6 percent of the Earth’s atmospheric pressure due to its increased distance from the Sun; this makes it harder for water to exist in its liquid state on the planet. In order to achieve this, the Martian atmospheric pressure has to equal that of Earth’s and raising it by such magnitude is next to impossible.

Scientists explored all possible alternatives before reaching to this conclusion. They started off by analyzing the option of turning all present ice caps into water and realized that it would only raise the pressure to 1.2 percent. Moving on, they considered digging all of the surface dust by strip mining and subsequently heating it to release carbon dioxide, but even that would only increase the pressure to 4 percent. They went on and reflected on the possibility of deep mining carbon-bearing mineral deposits but it would still not suffice. Another option was to extract minerals embedded deep within the crust but that would require a huge amount of energy and the additional cost of heating these at temperatures over 300 degrees Celsius would make it economically inviable – however, even if this option was implemented, it would still not increase the atmospheric pressure to the desired amount. Furthermore, the absence of magnetic field and volcanic activity means that whatever particles will be introduced into the atmosphere will ultimately be carried away by the solar winds and there will be nothing left to replace them with. This brings us to the last possible option which is to bring in thousands of comets and asteroids but now it is starting to sound like something that happens in superhero movies only so let’s leave it at that.

Until scientists and engineers don’t come up with a technology that is capable of increasing Mars’ atmospheric pressure, there is no way any of us are stepping on Mars!

The research was published in Nature Astronomy.