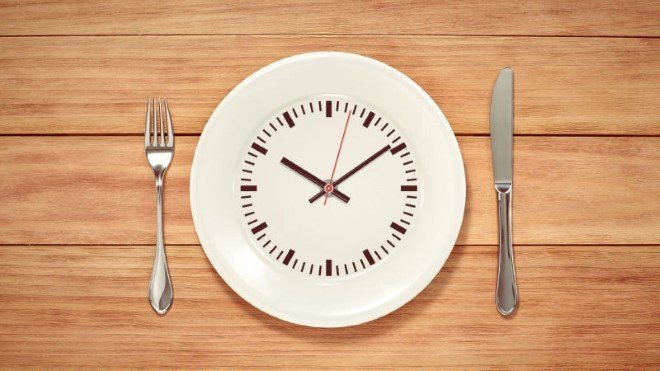 They say you are what you eat but recent studies have highlighted the impact of restricted eating schedules on a human body and the findings are quite shocking – so the ‘what’ in the phrase may change to ‘when’.

Every other person is on a ‘fad diet’ these days – be it the high-protein diet or the liquid diet – simply to lose weight. They essentially starve themselves and develop multiple deficiencies due to the lack of macro and micronutrients that their body is in dire need of. In order to avoid side-effects, many are now resorting to intermittent fasting which is actually endorsed by scientific research as it not only leads to significant weight loss but has various health benefits.

A recent research, conducted at the University of Illinois in Chicago, focused on a time-restricted eating schedule known as the ‘16:8 diet’ and deemed it as an effective strategy to lose weight. You may have heard about the much appreciated 5:2 diet which basically allows you to eat healthy for five days a week but requires you to drastically reduce your calorie intake for the remaining two days. This diet proved to be highly effective as it reduced body fats as well as insulin levels. Even though it guarantees weight loss, the 5:2 diet is not as easy as it sounds as many followers of this diet found it quite difficult to stick to this routine. Hence, a new method 16:8 was explored which limits a person’s food intake to an eight-hour stretch of the day. This way, the person is ultimately fasting for a good 16 hours every single day. Even though more research needs to be done on this specific diet, the initial experimental results look promising.

In 2016, a study was conducted on the 16:8 dietary pattern on young resistance-trained men and the findings showed that within eight weeks, there were significant improvements in health-related biomarkers and reduced fat content. However, the people under study in this case belonged to a certain category so this dietary pattern could not be expected to demonstrate the same results on obese people. Therefore, in order see its effects on people suffering from obesity, a group of researchers at the University of Illinois gathered 23 such people with an average age of 45, and matched these subjects against a historical control group that belonged to a previous weight loss trial conducted by them. During this experiment, the people were not given a particularly controlled diet but were told to eat normally between 10 am and 6 pm. After a time period of three months, the results showed that the 16:8 group automatically reduced their daily caloric intake by 300 calories. Similarly, their body weight also decreased by three percent!

These stunning maps show the intricate yet beautiful world…

These automated planters will free you from watering them…

If we compare these results to that of 5:2’s experimental results, the percentage of weight loss was 4 to 6 in the case of 5:2 which is slightly higher. So we can safely deduce that the 5:2 weight loss strategy is more time-efficient and gives faster results. Yet, researchers still recommend adopting the 16:8 lifestyle as it is much more manageable as Krista Varady, one of the researchers, concluded, “The results we saw in this study are similar to the results we’ve seen in other studies on alternate day fasting, another type of diet but one of the benefits of the 16:8 diet may be that it is easier for people to maintain. We observed that fewer participants dropped out of this study when compared to studies on other fasting diets.”

However, this is not the final verdict, as this study has various limitations. For instance, the subjects reported their eating times and meal volumes themselves which shows that there was no proper monitoring and evaluation in place. Moreover, they all ate at different times within the allotted time period so the effect of eating earlier in the morning or later in the evening were not put into consideration.

All in all, there is no particular rule that works for everyone for there are different cultures and people all over the world with unique eating habits. But at the same time, science does prove that a heavy and healthy breakfast compared to a heavy dinner results in greater weight loss and improved blood sugar levels. There is a lot of arenas within the world of diet and nutrition to be explored so let’s not jump to any conclusions.

Head over to the Journal ‘Nutrition and Healthy Aging’ if you wish to further read upon this case study.