It is true that the world is full of resources however, their distribution is not always uniform or based on the needs of the region.  Similarly, the land resource is not distributed worldwide based on the population of the countries but, what if it was? Chase Mohrman, a college student has experimented with the same concept and have released a map of the world, showing how it would look if the countries had an area based on their actual population.

The amateur cartographer by passion and a student of computer sciences by profession, used basic tools of MS Paint to depict the information that he collected through Wikipedia and completed the map in just 3 months.

The Lego-looking world map showed surprising changes in its appearance as Canada shrunk down into a narrow line on the top of the U.S while Pakistan increased to a double of its original size. However, the most interesting change was observed to be in Russia as it minimized from its actual humungous size by a huge factor.

Guess who came out to the biggest country in this fun population based map? No confusion there, it is China, obviously.

Russia shrinks down by a considerable fraction  while the UK and France almost share the same size. 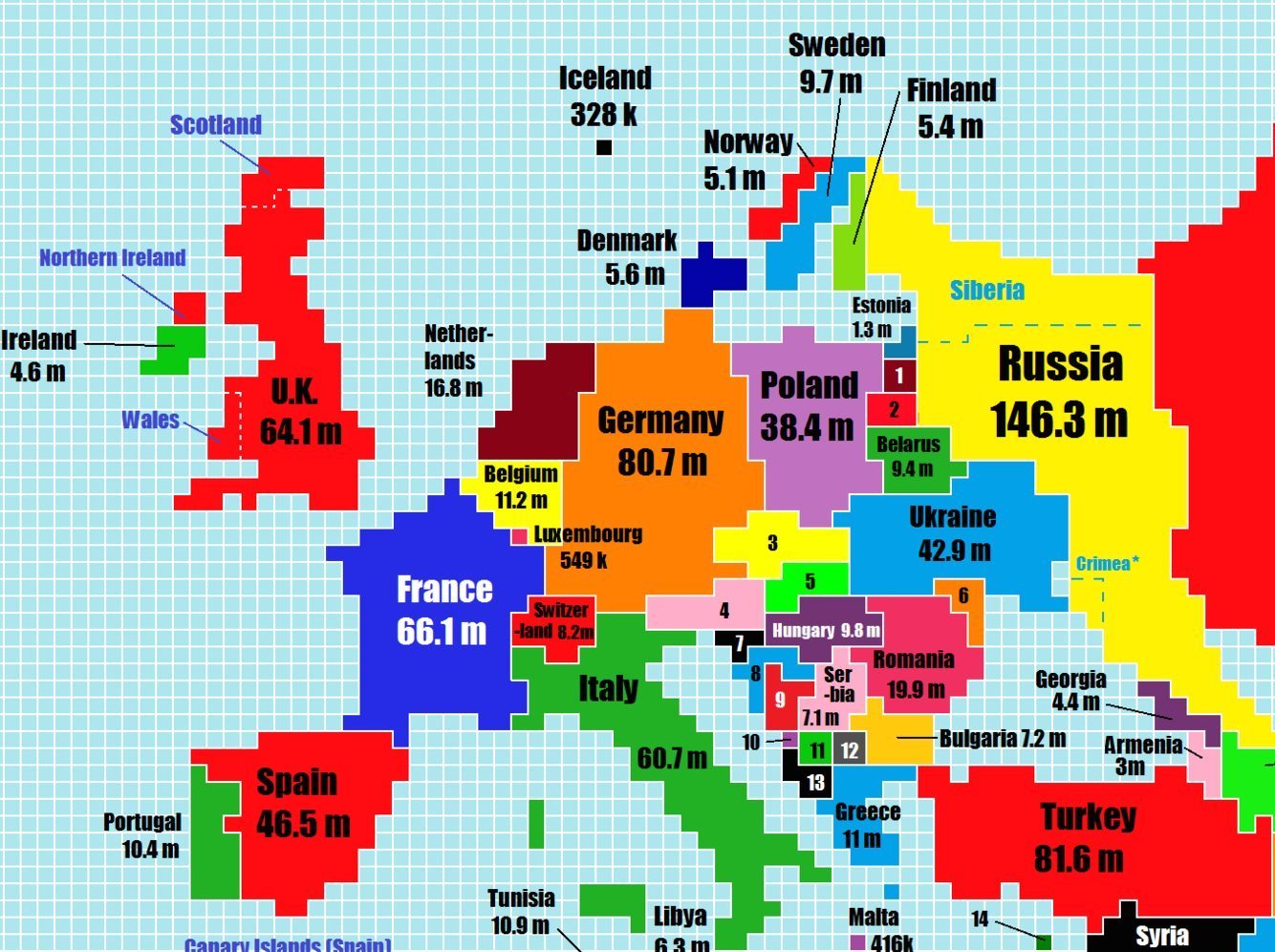 Why You Should Never Post A Picture Of Your Boarding Pass…

In the middle-eastern region, Pakistan looks to have doubled as compared to it’s original size. 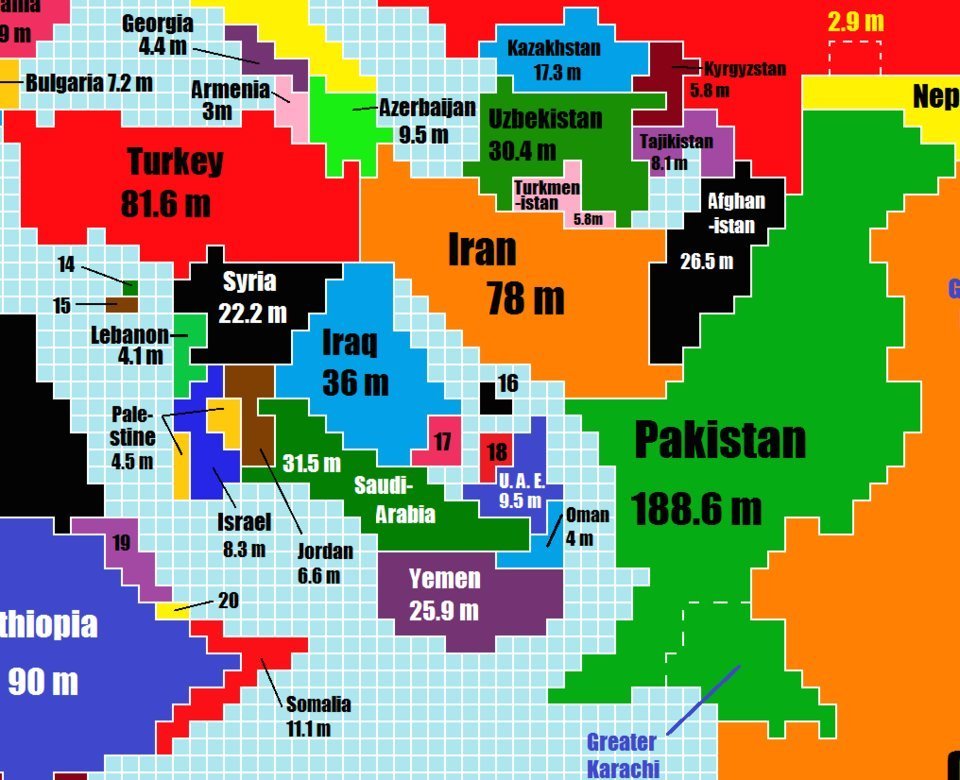 Nigeria appears to have grabbed the most land in the African continent. 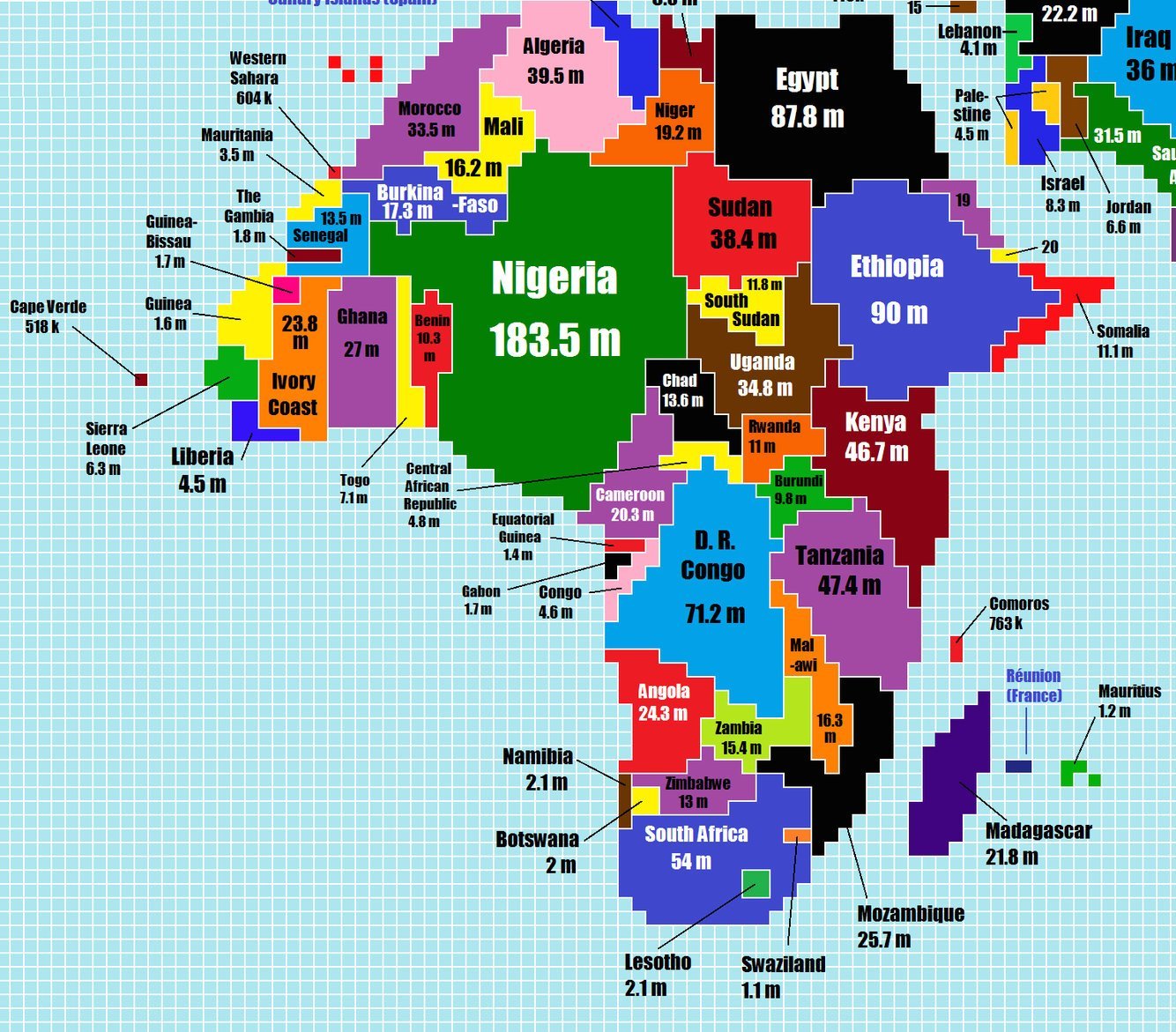 Canada shrinks down to a narrow line on the top of the U.S. 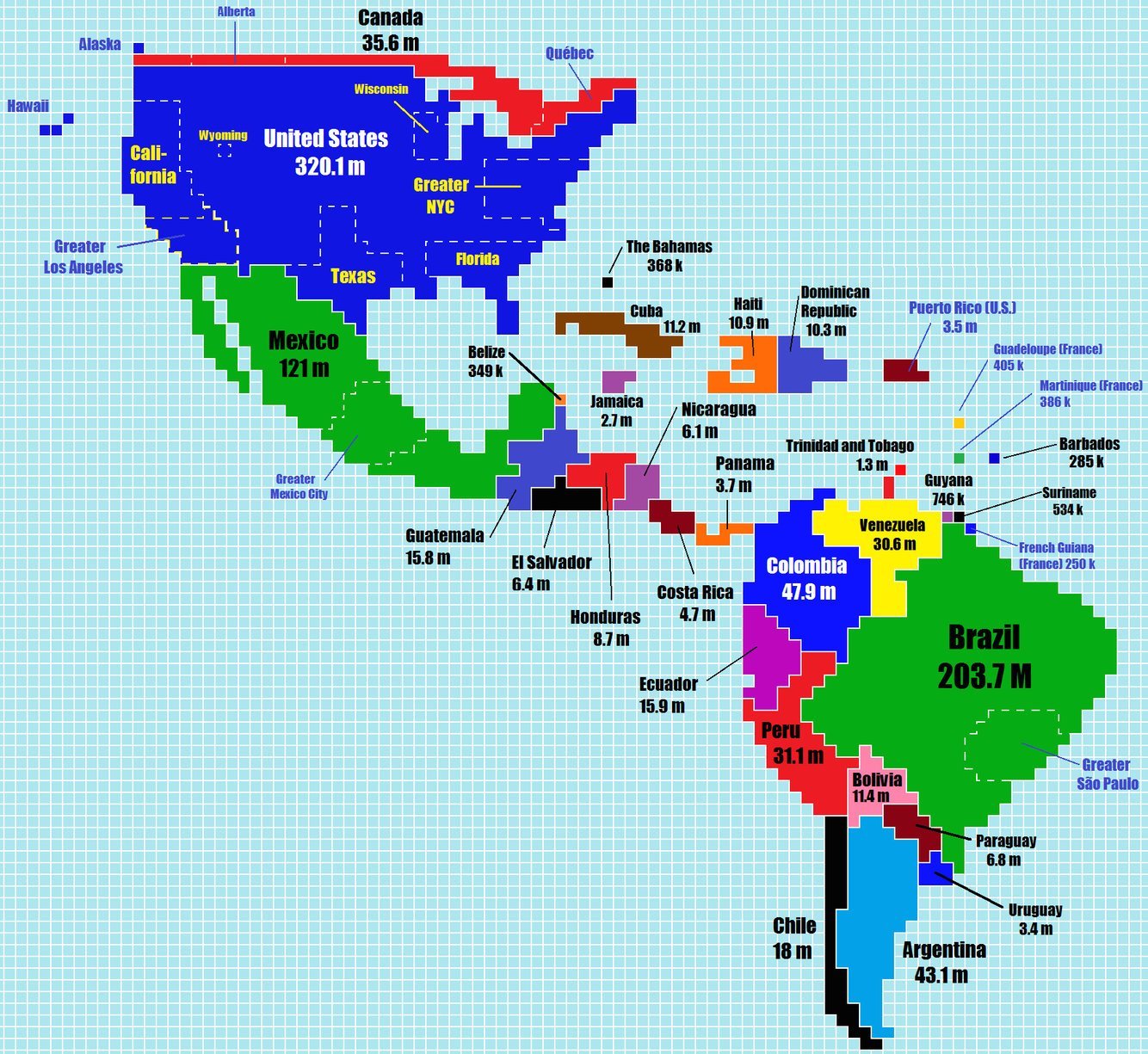 Australia looks teeny-weeny as compared to countries like Bangladesh and India. India is seen as the largest country which is only second to China. 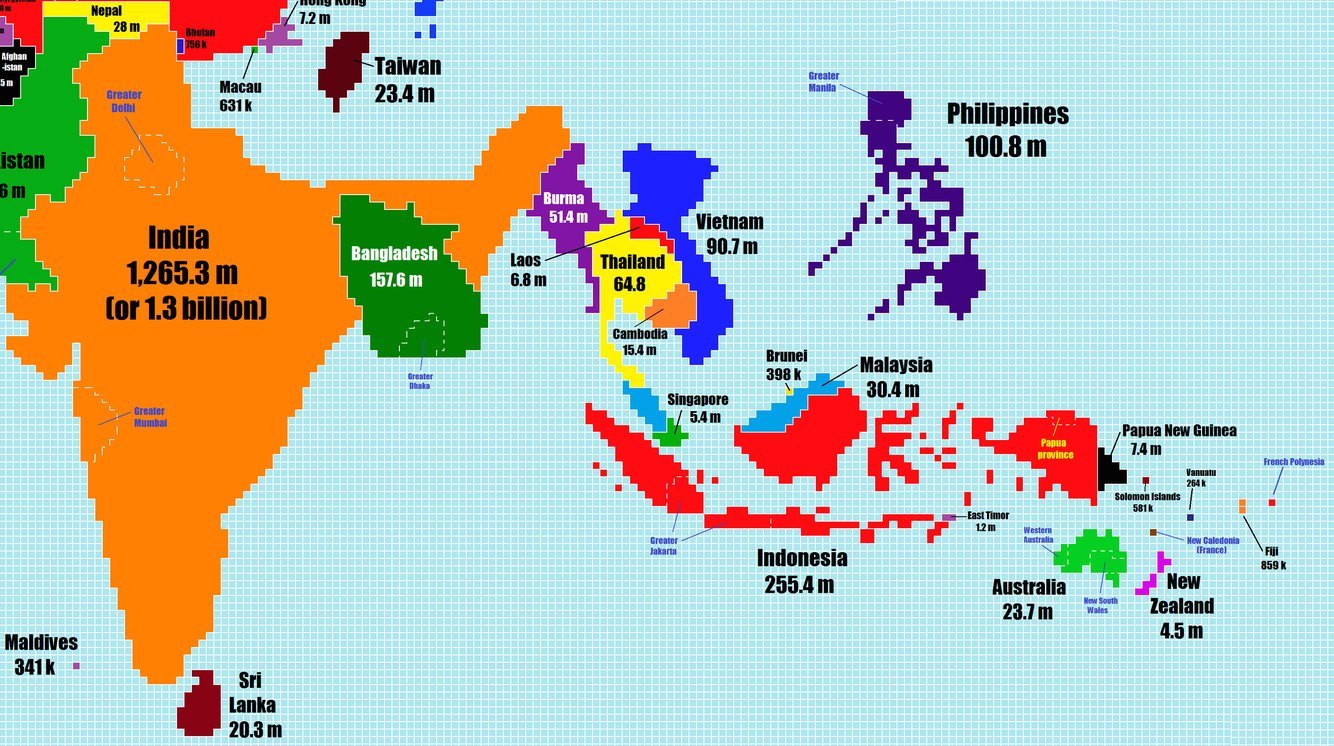 China is by far the biggest country of the world on this map. 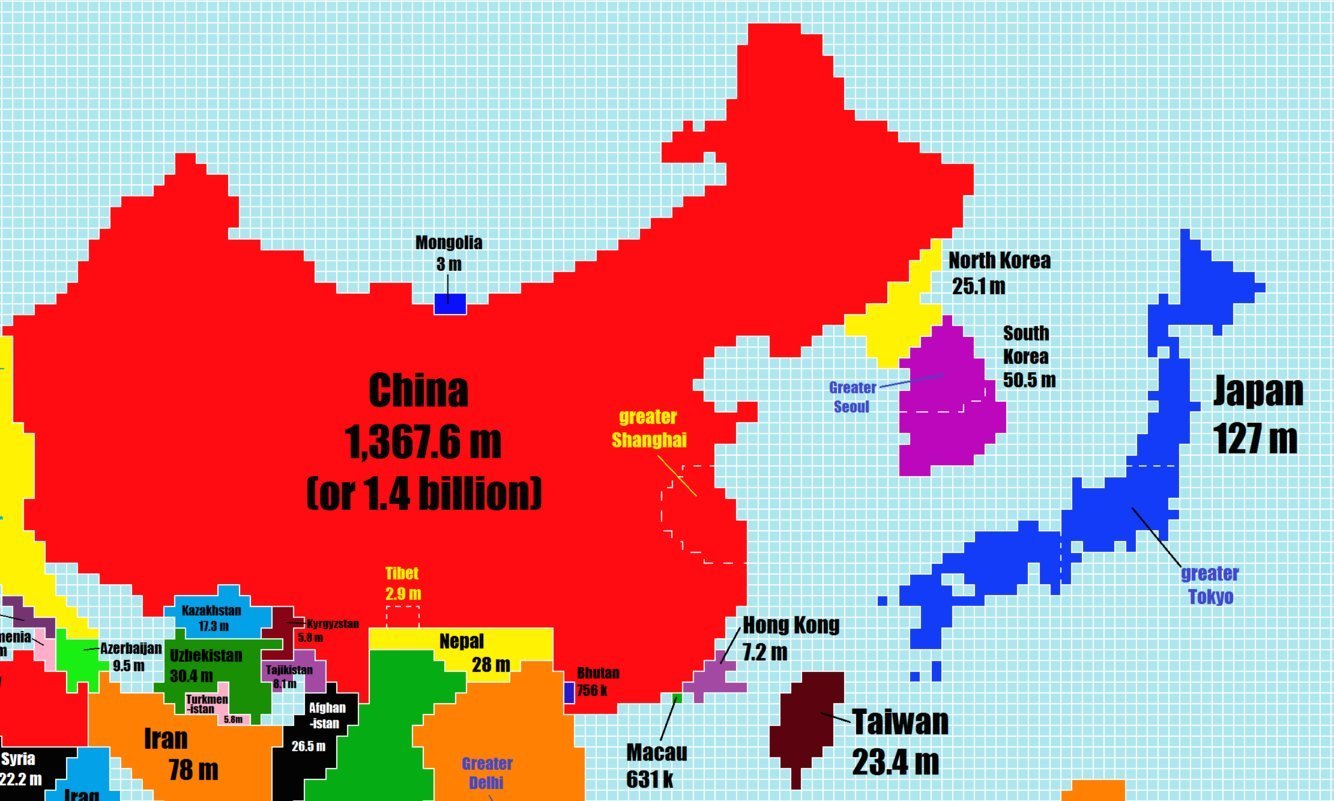 ‘Skysphere’ takes inspiration from a treehouse and ends up bettering it!