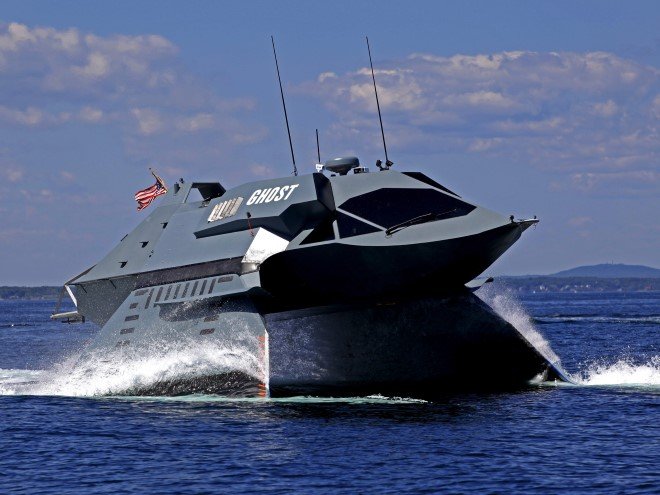 Millennium Challenge Exercise in 2002 launched to assess the US Navy’s defense competences for the next 5 years exposed the breaches yet to be filled back then. Despite the wide range firepower or weaponry a ship might have, a fair chance of sizeable infiltration into those defenses was revealed in case of a large swarm boat attack.

According to the CEO of Juliet Marine Systems, Gregory Sancoff, “US has never found a way to stop these type of swarm attack against the US fleet, they are incredibly small targets.”

US military might not have perfected a solution but Sancoff believes that he has the key to resolve the issue at hand. Larger vessel ships like Littoral Combat Ships (LCS) aren’t favored for close shore encounters and are too vulnerable to operate in such circumstances. To mitigate such difficulties Juliet Marine Systems, a small startup from Portsmouth, N.H., has developed a small high-velocity watercraft to operate in close shore encounters. It is called the Ghost. It credits its name to ghost like stealth capabilities. It can be equipped with different types of weaponry and is favored to operate in hostile situations.

Sancoff already had many start-ups to his credit. Following the trait of most entrepreneurs he didn’t wait for a contract from the government as revelations from millennium challenge exercise were enough to stimulate him to manufacture something to solve the problem. It took 20 million dollars of his own and some other stakeholders to build The Ghost. After 4 years of work and research of engineers and naval experts, a full-scale prototype was manufactured in 2007 to test in the waters where it was built.

Ghost’s design is so cleverly built that its appearance to radar is minimal making it difficult for most of the large-size ships to detect Ghost on their radars. The cockpit is situated far above the water surface so it is easy to cut through destabilizing water waves without perturbing the crew. 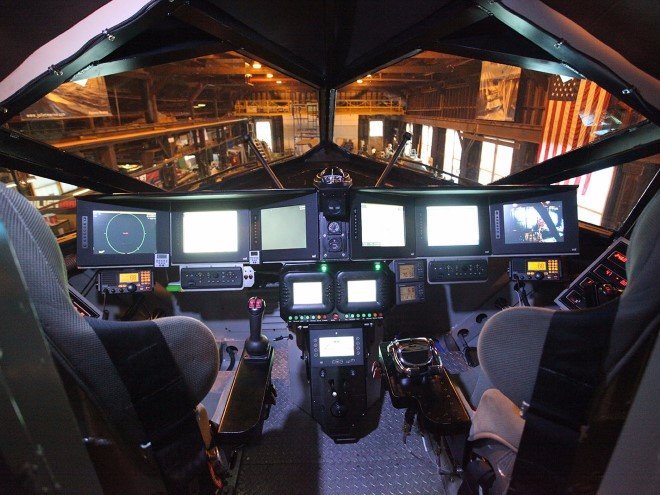 Are these upside-down jean shorts are finally the denim… 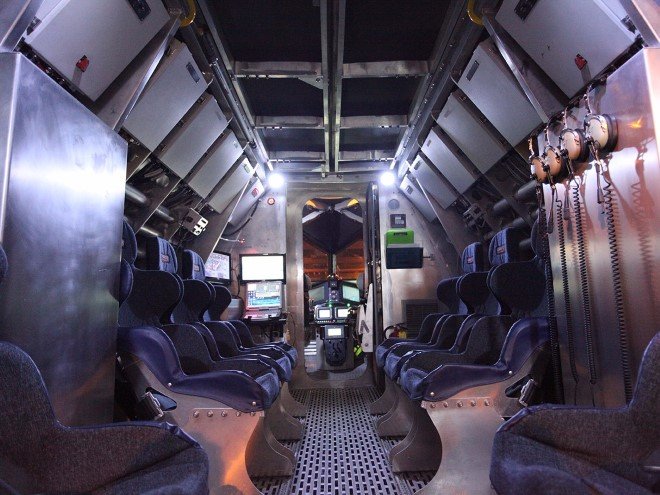 At speeds higher than eight knots, the watercraft’s body which is built of a main hull rises above the water surface. It has a unique propulsion systems based on supercavitation effect. The pods carrying the entire vessel has propellers situated at front whose counter rotation is powered by two T53-703 turbo shaft engines. The propellers form an air bubble through which the pods move with no trouble rendering 900 times less friction for hull movement as compared to the movement in denser water. With this effect, the vessel can cut through 10 feet waves at high speed pursuits. 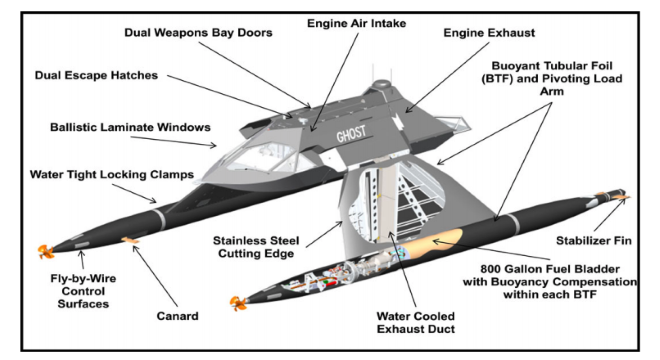 Testing has achieved 30 knots but the target is to reach 50 knots matching the speed of smaller boats. Future plans include building a 46 meter ‘super ghost’ round about 6 times cheaper then LCS that could eventually support agile naval strikes.