Furrion’s Giant Prosthesis Racing Mech Is a Stuff of Nightmares 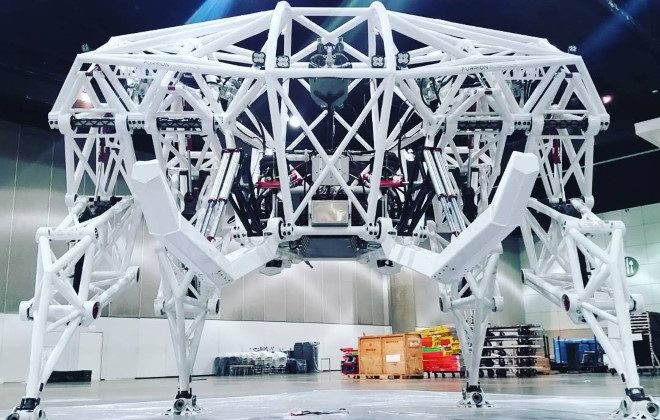 Remember those movies where robots fight each other by following the owner’s instructions? Or when the owner himself is seated inside the robot, and is controlling all of its moves? Well, those ideas are not science fiction anymore.

Furrion robotics division’s latest development in the field of robotics is not exactly a robot but a human-driven, all electric Prosthesis racing Mech. It’s a giant exoskeleton that would imitate the movements of the pilot sitting inside the suit. The Prosthesis’ hydraulic-powered limbs move in sync and the mech can gallop like a giant, metal animal. According to Mr. Jonathan Tippett, an engineer at the company, it’s a unique machine that reflects advancement towards large scale, high performance mech technology!

During an interview, the Chief Marketing Officer of Furrion, said, “Prosthesis is the first innovation of our robotics division and we are excited about the potential the future holds. The concept started ten years ago as an art project trying to build a machine that you could walk with. From there the idea grew to develop a brand new human skill (mech racing) that would explore the relationship between man and machine. We think athletes will be excited about the challenge of the new mech racing category and are proud to be the innovators of a new sport.” 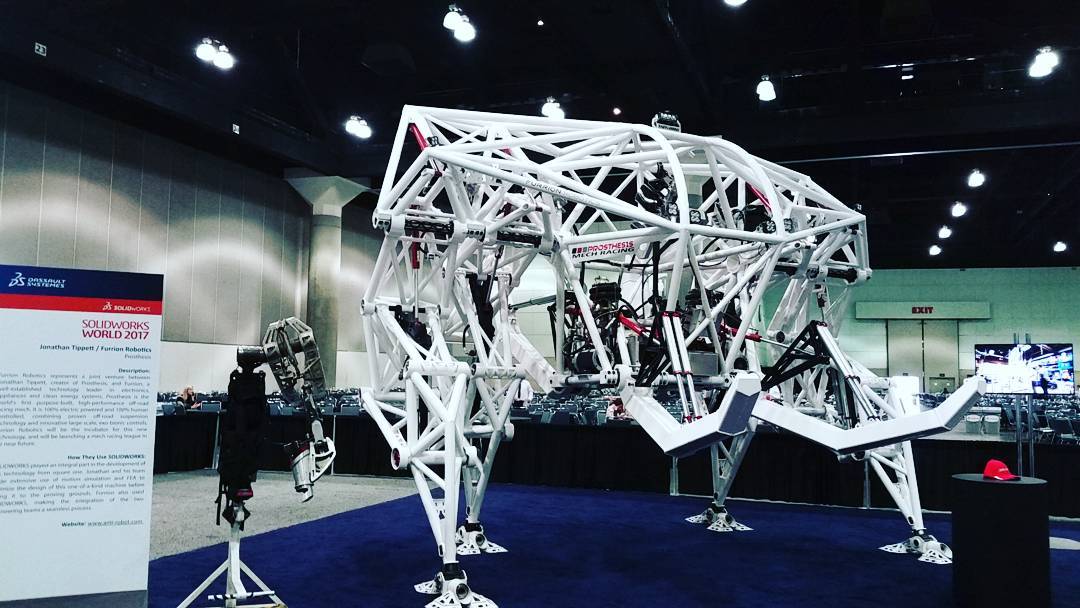 These tiny concrete pipe houses are the ultimate solution to…

The main aim of the plan is the formulation of a responsive, steady and powerful exo-bionic platform that amplifies the motions of the pilot/driver. If we talk about the physical characteristics of this Prosthesis, it is both durable and flexible; flexible because it can operate in any terrain. The material used for its construction is made up of chromoly steel alloy which is often used in aerospace and sports. It weighs 7700 pounds and is 13.8 feet tall – sounds intimidating, no? What’s amazing about it is that it can jump 10 feet off the ground, and run at a speed of 20 mph for two hours straight!

Furrion’s Prosthesis has costed 10 years in time and almost $2 million in development. The company is now in the process of training pilots, who get strapped into a harness in the center of the exoskeleton. The pilots will wear straps on their heads that can turn on Prosthesis’ lights with pilot’s head movement. Furrion hopes to finish the digital interface, the exo-bionic control frame and addition of some more cameras for safety before its first ever racing mech hits the tracks.

Snake-Inspired Robots Are Here But For A Good Purpose