Ever since the advent of high-pressure turbines and dams, hydropower has lost its sustainability. According to a Belgium-based company –  Turbulent, it is necessary to make water a sustainable energy source again and they know just how to do that.

Their new invention, the whirlpool turbine, harnesses the energy produced by flowing water and converts it into power. This clean energy source apparently uses low pressures-unlike turbines-and requires a mere height of five feet for efficient working. This diverse piece of technology works in rivers as well as canals to provide energy to over 60 homes at low costs, as mentioned on the company website. 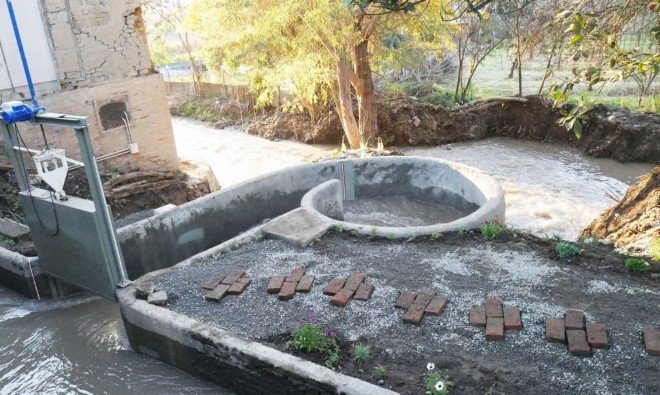 To understand how and why it’s better than other hydropower sources, we must delve into how this decentralized system actually works. The first step is to identify a water source flowing at rapid speeds or even a waterfall. Next, a concrete basin is made by digging the land near the water source. This basin contains the generator and impeller. In order to fill the basin with water, river walls are raised to let the water pour in the basin. According to Turbulent, the device contains just one moving part to ensure a longer operating life and low maintenance. There is also a self-cleaning mechanism used to capture debris and sediments. The best part? It is a fish-friendly energy source. A video by the company showed fish moving with ease through the basin and turbine.

Business Insider said that the system doesn’t take more than a week for installation and the basin can carry water for over 100 years. However, there is one drawback to the whole system; it gives unlimited free energy as long as the water keeps flowing. This means, once water ceases to move in winters, the system comes to a full stop.

This environmentally friendly system was put to test in the Rivers of Belgium. According to the company, it can generate 15, 30 and 100 kilowatts. During the early part of 2018, they celebrated the opening “of the first micro-central Turbulent in Chile”.

While the idea of the system seemed old and unreliable for larger communities, there is certainly something refreshing about the innovation and we hope we are able to witness the up-scaled versions of their projects.