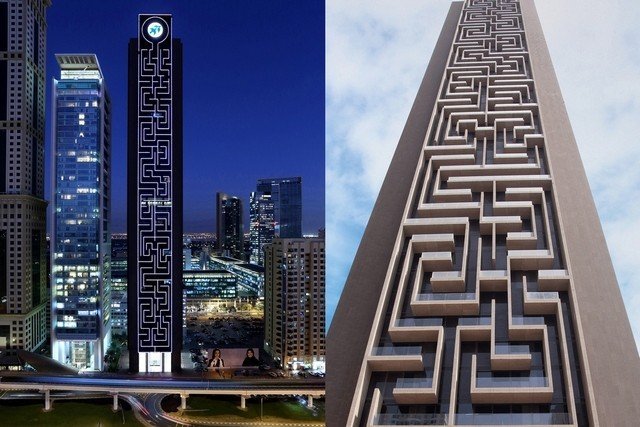 Right now, there are two things happening in the world with striking consistency. Every second thing is being made in China and every bizarre looking structure is being erected in Dubai, UAE.

Dubai’s Maze Tower is one of the most bizarre looking buildings of the world. The 55-storey tall Maze Tower developed by the Al Rostamani Group is located just off Sheikh Zayed Road in the heart of the Dubai Financial District.

The structure features a startling façade of balconies both upfront and at the rare that makeup an intricate maze. The maze itself is not just a random pattern but a real puzzle.

The impressive tower design utilizes changing level of natural light and shadow during the day, as well as natural Brazilian Verde Bahia stone, to create a striking facade.

Vice chairman of Al Rostamani Group and The Maze Tower Conceptualizer, Hassan Abdulla Al Rostamani said that, “We always wanted The Maze to look like it was carved out of one massive piece of rock; with the constant play of light and shadow to render it alive”

Sunflower home in Spain will let you enjoy the sweeping…

Water jet treatment was used to achieve an even matt surface for the stone that has been used throughout the exterior. Moreover, in order to make the maze look more prominent, the stone surface was made more reflective and lighter in color via flame technique.

The maze leads to an 8 metre circular video wall, The Maze Eye at the top that can project images to great distances. The maze patterns can also be illuminated in different colours.

The Maze Tower also has a garden floor in the middle of the building and a roof top maze garden.

Can you find the way to the top? Give it a try. 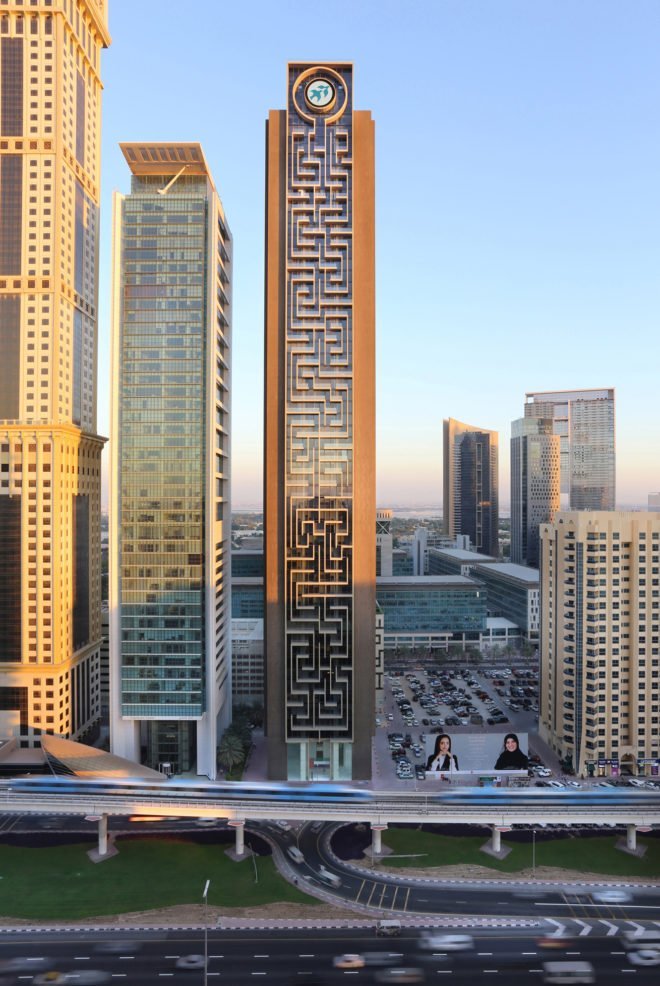 LG Styler Will Clean and Press Your Clothes Automatically