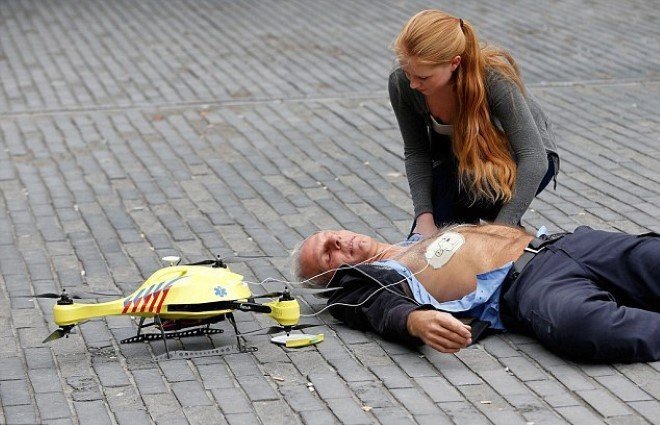 According to Alec Momont, a Dutch engineering graduate, 800,000 people suffer a cardiac arrest every year in the European Union and only eight percent survive. The sole reason for this low survival rate is the relatively long response time of the emergency services (approximately ten minutes), and it takes only four to six minutes for the brain to become dysfunctional.

In order to put an end to this grave issue of delayed emergency response, Momont has come up with a $19,000 ‘Ambulance Drone’. This drone has the ability to track emergency mobile calls and use GPS to get to the location of the victim. Moreover, it can carry up to four kilograms of load which means that it can easily transport a defibrillator. Flying at a speed of 100 kilometers per hour (60 miles per hour), this Ambulance Drone can help save lives of the heart attack victims. According to the creator, this drone can transport a defibrillator to a patient under sixty seconds provided he/she is within a 12-square kilometer zone. If this comes into play, the chances of survival will increase from eight to eighty percent! In addition to this, the operators of this drone can also talk, watch and instruct those helping the victims via a camera installed on the drone. As for the drone, it actually looks like an ambulance as it is painted in emergency services yellow and has six propellers. 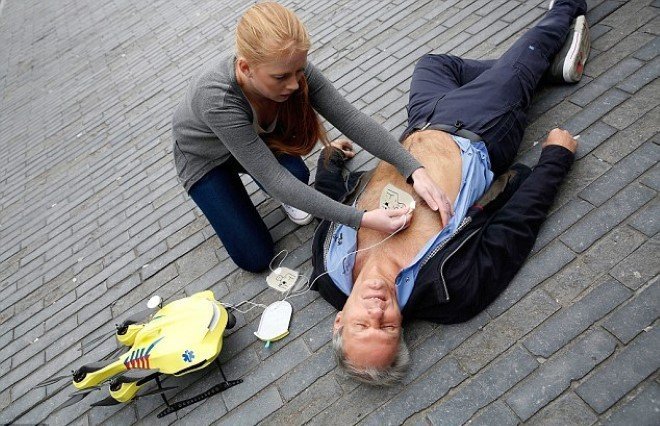 The plush wooden UFO house spins 360 degrees with just a…

Get yourself BMX styled bike by Kvaern to enjoy a peddle…

So, how this drone will work in an emergency situation? The drone will track the emergency call and immediately pinpoint the location from where the call has been made. It will follow the GPS navigation to reach its destination. Once the ambulance drone is there, the operator (such as a paramedic) will be able to assist by watching, talking and instructing the individual at the scene. Sounds foolproof, doesn’t it? Many have been fascinated by this concept such as the emergency services of Amsterdam. Similarly, the Dutch Heart Foundation have also lauded Momont for this magnificent creation. However, this isn’t it for Momont, as he expressed his desire to transform this drone into a ‘flying medical toolbox’ that will be able to carry oxygen masks to a person trapped in a fire/mine or an insulin injection to a patient suffering from diabetes.

Unfortunately, the drone still has a long way to go since it is currently developing its steering mechanism and has legal issues with respect to its use. But Momont is optimistic and aims to set up this drone network all across Netherlands in the next five years. He added, “I hope it will save hundreds of lives in the next five years. It is essential that the right medical care is provided within the first few minutes of a cardiac arrest. If we can get to an emergency scene faster, we can save many lives and facilitate the recovery of many patients. This especially applies to emergencies such as heart failure, drowning, traumas and respiratory problems, and it has become possible because life-saving technologies, such as a defibrillator, can now be designed small enough to be transported by a drone.” 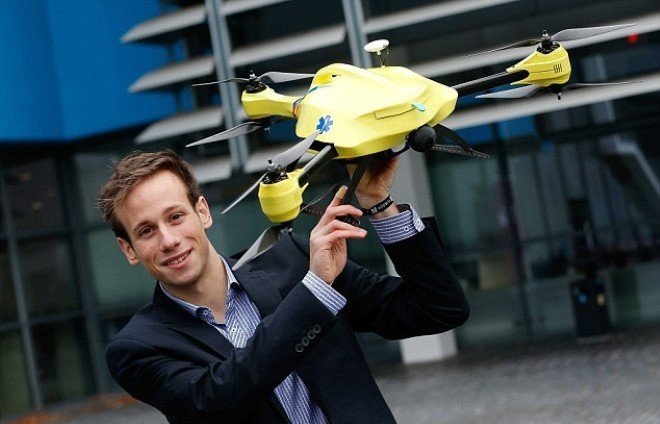