Doogee, a Chinese company, hit the market with its sturdy, water-proof and surprisingly affordable smartphone, the S90. The S90 is a rich in feature Android smartphone, which is also shockproof, dustproof and exceedingly modular. And if that was not enough, the phone also has attachable accessories for night vision, walkie talkie, extended battery, and gaming usage.

When thinking of outstanding sturdy Android phones, a few come to mind, like Samsung’s Galaxy S8 Active or the CAT phones. However, S90 seems to beat them all with the price, as it presents a quite particular angle on the whole concept which makes it very interesting. 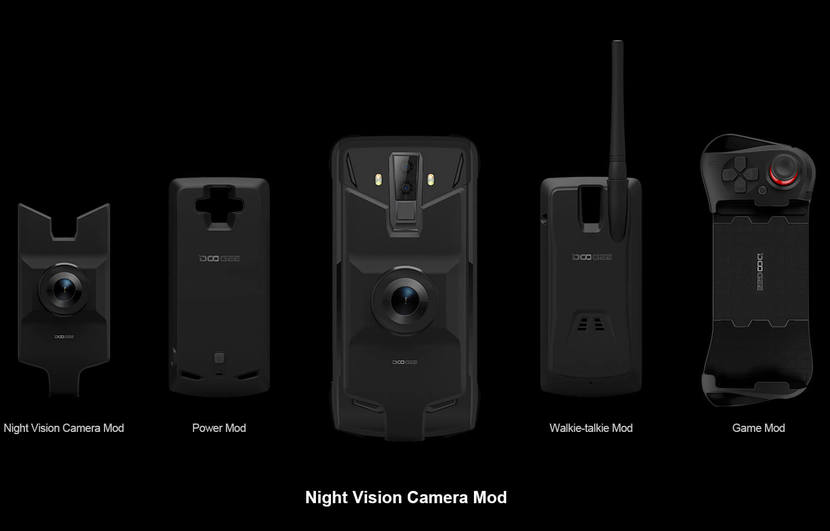 This fantastic phone set can withstand an astonishing temperature range from -22 to 176° F (-30 to 80° C), while being able to contently remain under 5ft (1.5m) of water for two weeks, YES, you read it right, TWO WEEKS. And all this is due to its IP68/IP69K waterproof case. The phone also meets military standard 810G for dampness, fungus, salt spray, corrosion, volatile gas, vibration, and ballistic shock. Meaning that if you were ever in a James Bond movie, your phone would probably survive even if you don’t! But all these movie-like specs suggest that the phone is heavy, but not as heavy as one would expect since it only weighs 300g or 0.66 lb, compared to iPhone X, for example, which weighs 176g. 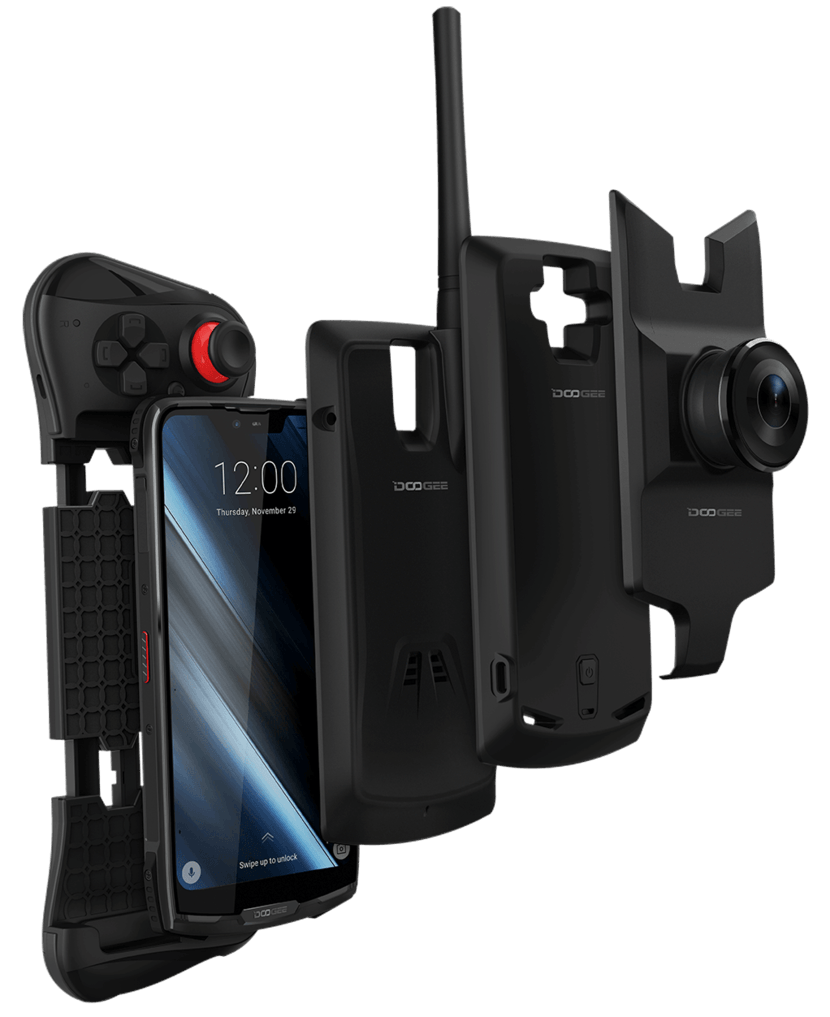 The S90 is not only heavy in specs on the exterior, but the interior and display are mighty too. Equipped with a 6.18-inch Gorilla Glass 4 multi-touch screen, 1080 x 2246-pixel resolution, the phone has a powerful 5,050-mAh polymer battery which lasts two days straight with regular use. Driven by a MediaTek Helio 60 octa-core, a 6 GB RAM and 128 GB of internal storage, it has some fascinating AI/Deep learning abilities. The phone can be pumped with an extra 256 GB using a MicroSD card. Given MediaTek’s background with upgrades, the Android 8.1 running on the phone is likely to stay that way.

Facebook is taking on Tinder and other dating platforms with…

The phone packs some robust camera functionalities in the form of 16/8-megapixel Samsung dual AI cameras on the back for capturing pictures and videos, and for the selfies, it has an 8-MP Sony selfie machine with a 90-degree wide angle ability, which is entirely f/2.0. And when you think the phone cannot give you any more, you find out that it booms an NFC chip for wireless payments, has a fingerprint sensor, two SIM slots and ALSO charges wirelessly.

All that is just the phone on its own, to spice it more, Doogee offers a bunch of attachable modules in addition to all that (as if the phone wasn’t catchy on its own). A digital walkie-talkie unit gives you a 6-10-km (3.7-6.2-mi) range of communication, even if there is no phone signal, with other radio gadgets across a comprehensive range of 400-480 Mhz. And by adding a supplementary 5000 mAh, a power module doubles the S90’s battery life. Improving the ability to shoot in low light, the night vision module (quirky addition) attaches on a Sony 2-megapixel ultra-wide night vision camera to the phone, and a thumb joystick, D-pad and some buttons for playing around are part of the gamepad unit.

This phone will not cease to amaze you till the end! And the best surprise is the price (for now). Doogee’s Kickstarter early bird lets you get the S90 in just US$299, with the add-on modules available for US$399. It is a contentious 40 percent off valuing tactic which has already seen Doogee win 900 percent of its subsidy aims.  The phone is expected to start being delivered by next month. But once it hits markets and reviews start pouring in, only then can the actual assessment be made of whether the phone is a hit or a miss.

Pantone decides the colour of the year for 2019