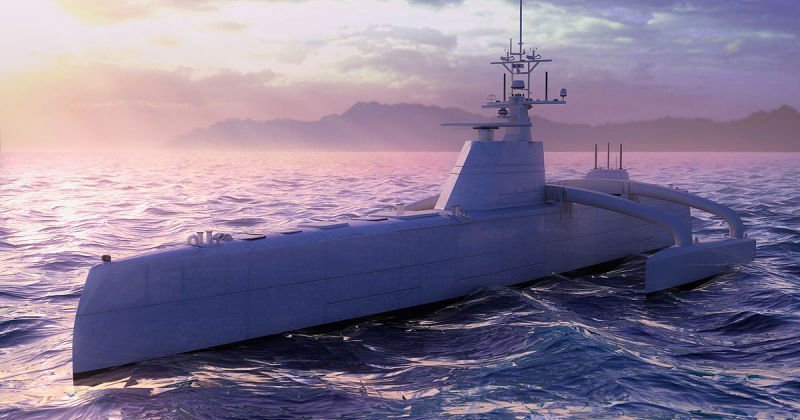 Seven years ago, DARPA announced that it was going to create an autonomous, submarine-hunting war machine that would operate literally without any human support on board. Today, the dream has been turned into reality!

The aim of creating the Anti-Submarine Warfare Continuous Trail Unmanned Vessel (ACTUV), was to have the capability to locate enemy submarines in shallow waters. The submarine hunter has the potential to achieve 27 knots which is equivalent to 31 miles per hour. This may not break record of the fastest naval ship but this submarine hunter can cover astonishing distances of thousands of miles without requiring human assistance. The fact that this ship can locate and trail nuclear-powered submarines that travel at a speed of 25 knots makes it stand out in the Navy’s collection.

Moreover, the ACTUV is designed in such a way that it can operate itself for two to three months straight! This means that the ship is efficient as it reduces human error that may spring up while hunting down potential threats. Since there is no crew onboard, therefore there is not much hassle pertaining to human demands and complications. In addition to this, the ACTUV submarine hunter can also play its part in transporting other U.S naval vehicles as well as in ensuring smooth running of logistics.

This is why you have an extra shoelace hole in your…

The ACTUV submarine hunter weighs 140 tons and is 132-feet long. Being small in size and light in weight allows this warship to make swift and agile movements – a quality that the U.S naval forces are excited to make use of. The ACTUV submarine hunter uses radar and sonar systems to manage its position and avoid obstacles, and an automatic ship identification system to keep track of other vessels in radio range. The ACTUV in its final form will cost an estimated $20m that will still be notably less expensive to operate as compared to a crewed vessel, with an estimated operational cost of between $15,000 and $20,000 per day.

At the moment, the ACTUV is a part of the Pentagon’s Third Offset strategy which is a strategy formulated to assist the U.S military to maintain an upper hand in comparison to China and Russia’s military forces. Since the competition is real, U.S is taking every possible measure to remain number one, even if it means allotting $18 billion to this one such project!