CNET decided to put the Motorola Razr in their durability test. A little background information regarding the test is that the people at CNET tested Motorola Razr – a flip phone’s durability by folding it multiple times and see how long it lasts before the hinge breaks apart. Motorola’s Razr was expected to last much more than the Galaxy Fold but that was not the case and results were immensely disappointing.

According to the people at Motorola who are seemingly very upset with the results, they challenged the methodology of the Fold experiment by CNET. They said that the Foldbot that performed the experiment was not in accordance with the design of their phone; it rendered the improper opening and closing of the phone by putting undue stress that led to an early malfunction of the device’s hardware. The hinge started acting up after 27,000 folds. According to research, an average American checks his phone 80 times a day, in the light of these numbers, Motorola Razr would last a year before malfunctioning. Motorola claims that the device underwent a proper durability test whilst the making of the phone and the environment control of the real world will enable a long-lasting life of the phone unlike the results of the improper testing by CNET. 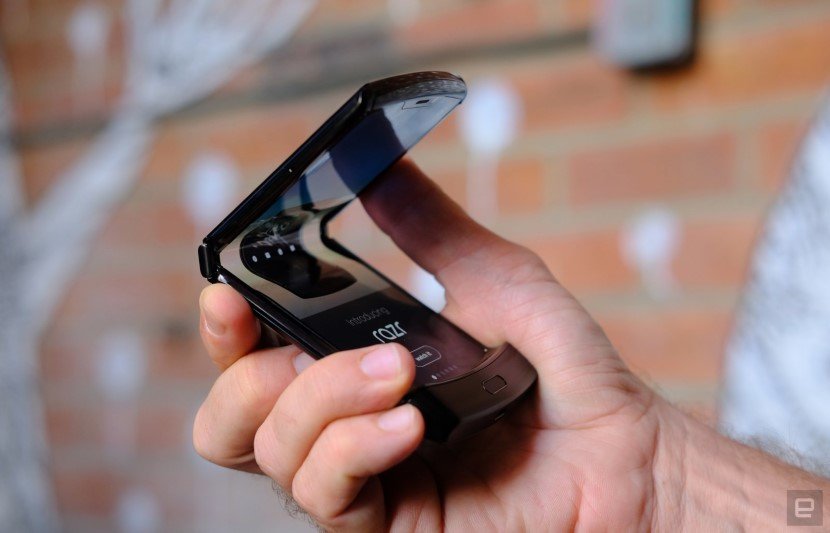 The test that was performed was planned to go live for about 12 plus hours and would undergo 100,000 folds but the people noticed that the phone’s hinge started acting more wonky with every fold. After a certain amount of time the hinge fully gave up the folding function and was perfectly stiff, after flexing, the hinge became loose; it worked but not like it was designed to. At the end of the experiment, the screen was quite damaged but it was still working

The first experiment that CNET performed was on the Galaxy Fold in October 2019. The results of that experiment revealed that the phone was able to survive 120,000 folds before it crippled which was an impressive number in contrast of the Motorola Razr and for some people that close competition between the two flip phones comes to an immediate end. Motorola is trying to win back its reliability image back by challenging CNET again and declaring that the product used for the experiment was already faulty but we would have to wait for the results to come again before the users make any other claim. Many reviewers have shown the creaks and groans in the phone that makes it easy access for dust and dirt to get into the phone.

The experiment gives a disappointing insight to the Motorola Razr and shows that for a $1,499 it is not quite worth it and the company will have to go to lengths before the folding phone becomes an impeccable success.

Watch the post test video from CNET down below: