For ages, bipedal robots have provided relief in disaster situations. It has always made sense to base these robots on the human body given that humans can navigate through a multitude of terrains. These robots can do that and more-such as, handling architecture, machines, vehicles and tools. However, making them like humans means they will have drawbacks like humans as well. This includes falling down when things go wrong. In 2015’s DARPA Robotics challenge, most of the humanoid robots fell down a lot since they possessed that human-like characteristic in them.

In order to combat this problem and make robots more stable and agile, engineers at IIT (Istituto Italiano di Tecnologia) have designed a new centaur-like robot with two arms and four legs that not only provides aid in disaster situations, it can also karate kick you down to the ground! 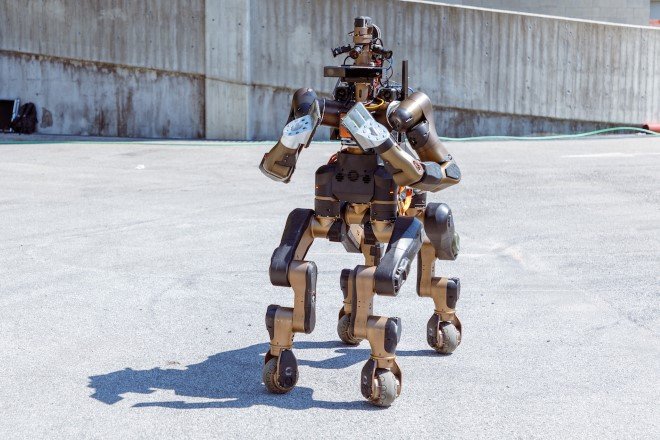 Centauro weighs 93-kg (205-lb) and measures 1.5-meters (5-ft). Although its physique is different from other disaster-relief robots, it has high agility and steadiness when made to deal with harsh environments. The team led by Nikos Tsagarakis at the Institute’s Humanoid and Human Centered Mechatronics Lab ensured that Centauro’s  two arms were strong enough for lifting and handling objects, while its four legs can aid in its stable navigation through manmade terrains, such as doors and corridors. The legs not only help the robot come down stairs, each leg has a powered aluminum wheel shod in a high-friction elastomer material that can help it travel really fast on leveled surfaces. In addition to that, each leg has freedom of movement for six-degrees along with rotating and extending hips, knees and ankles.

Made from aluminum, magnesium and titanium alloys, along with 3D-printed plastics, the robot possesses great strength. The 3D printing ensures that any damaged part is easily replaced in a jiffy. The team claims that the robot’s arrangement allows it to hold and operate power tools, and its lightweight arms have the ability to lift 11 kg (24 lb) as well as endure physical shocks, while bipedal robots are unable to. It also has a mean karate chop as Centauro can break wooden planks in one swift motion.

This lamp-shaped bookmark is a perfect gift for all…

Centauro’s head consists of its sensors, which include imaging cameras, RGBD (red, green, blue, depth) sensors and a LIDAR system for 360-degree coverage, while high fidelity torque sensing and thermal sensors run through the length of its body. 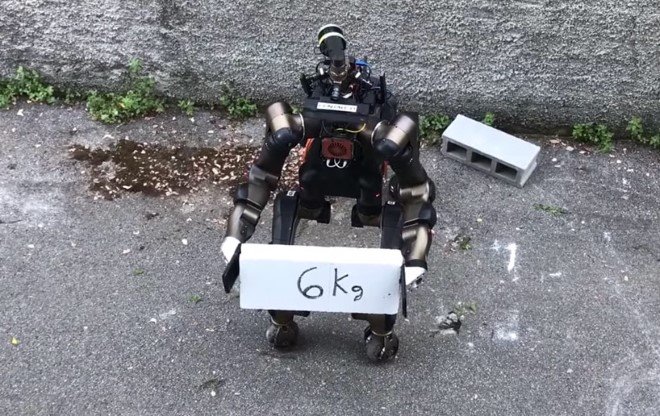 Powered by a 1.6 kWh Li-Po battery, Centauro can give 2.5 hours of operating time. It also contains three on-board computers to process and store information. Humans control the robot’s movements and its limbs via a control room. However, if the robot loses connection with the controller or there is any delay under any given situation, it can utilize its semi-autonomous systems to predict the movements it has to take and carry them out without any backing.

While Centauro is yet to be seen in action at any disaster situation, we can still be sure that it will perform much better than bipedal robots given its stability.

All Images: Courtesy of the Centauro Project