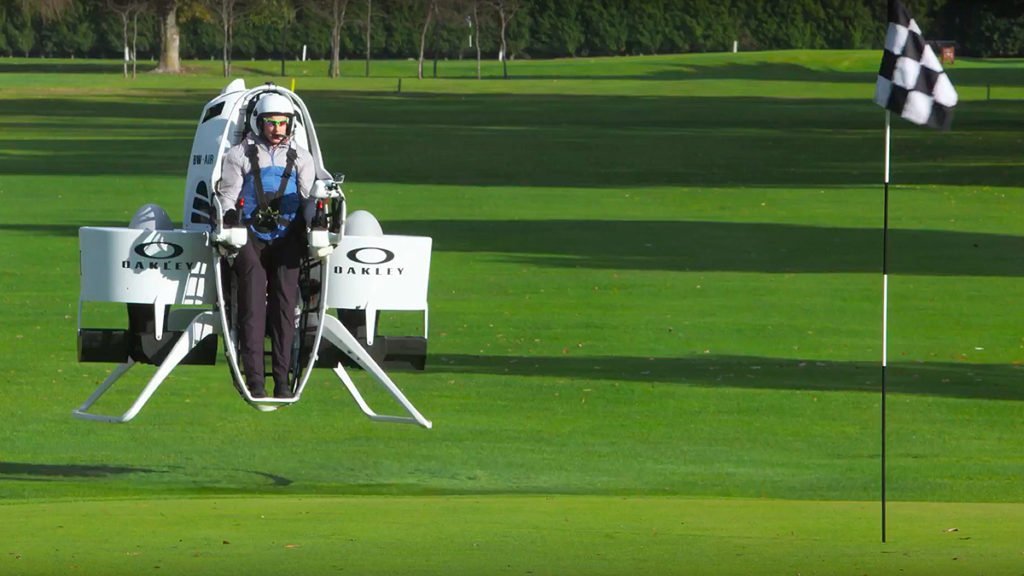 Golf carts are fun the first time, right? But if you use them frequently, you begin to realize how frustratingly slow they are, I’m pretty sure you’ve concluded that you can run faster! This realization led to the development of the Golf Cart Jetpack by Martin Aircraft and a team consisting of Bubba Watson, Oakley and Neoteric Hovercraft.

Martin’s current prototype can fly as high as 3,000 feet and as fast as 46 miles per hour as it is powered by a 210-horsepower engine with two ducted fans. It seems like a standard jetpack with a wee bit of extra space to keep clubs and sand bottles. 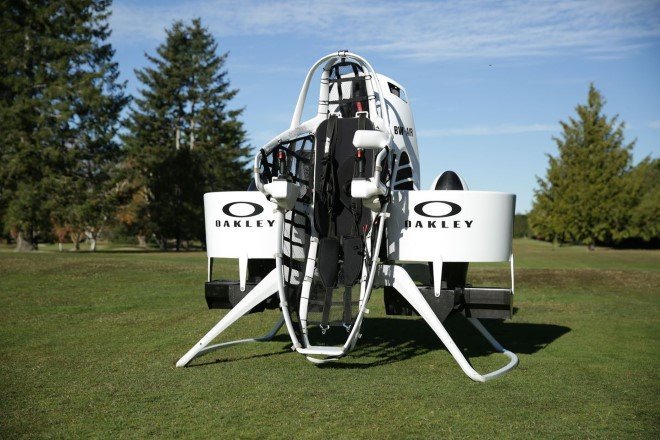 However, there are some flaws. As appealing as it sounds to have a bird’s eye view of the entire golf course and see your friends play shots, getting on to the Jetpack, strapping in, flying away, landing and then playing your shot will take up a lot of time – I mean you might just be a few holes behind as a result. Moreover, the fans might play havoc with any balls that the contraption passes over leading to greater chaos – so the uncertainty might just scare any potential users/customers.

For now, Bubba’s Jetpack looks pretty impressive, even though he himself isn’t allowed to fly it yet. But apparently, Bubba has registered himself for pilot training, and plans to take it as soon as certifications and market release proceed.

Fortunately, the prototype has received Experimental Airworthiness certificates from the New Zealand Civil Aviation Authority and the company plans on shipping these Jetpacks along with a personal edition anytime soon. However, both of these versions require proper training and certification and cost a little over $199,000. 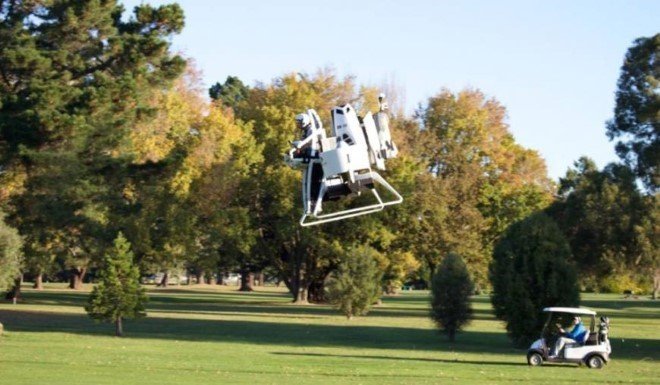 GE’s microwave will count calories of your food instantly!