Is This The Future of Wind Turbines? Bladeless? 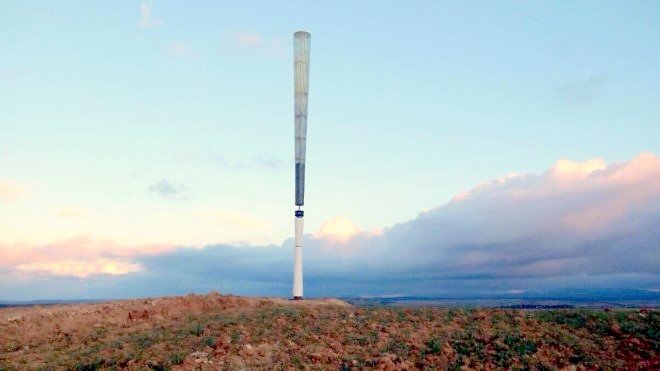 We have all noticed rows of wind turbines in farms, haven’t we? But they tend to make a lot of noise, and have become quite ordinary. So, will they ever be modified? Let’s take a look at this Spanish startup that has come up with a new technology that has not only changed the appearance but has also changed the entire working principle.

Vortex Bladeless has designed turbines that are, as the name suggests; ‘bladeless’ and seem to look like stalks of asparagus shooting out of the ground! Conventional wind turbines produce energy by the rotation of blades whereas Vortex Bladeless turbines shake back and forth to from vortices that are generated due to the movement of air around the turbine. Even though nobody would ever want their structures to ‘shake’, this startup prays for their turbines to oscillate – talk about doing being unorthodox!

Usually, a certain speed of wind leads to specific frequencies which in turn allow the structures to attain optimal oscillation. However, this company uses magnets to improve the turbine’s ability to fully utilize the instantaneous wind speed. As soon as the turbine starts oscillating, the alternator placed at the base of the device begins to convert kinetic energy into electrical energy. 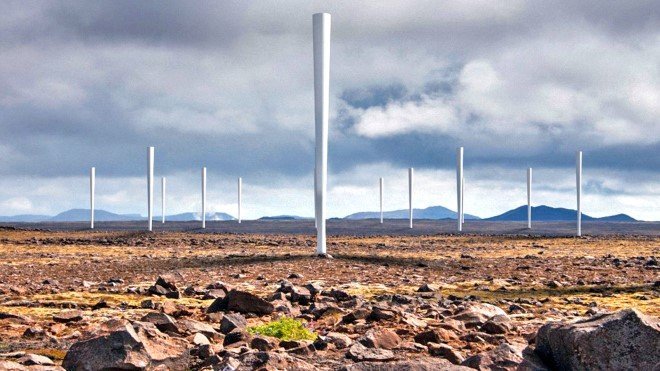 This unique vine covered art gallery in Tulum is the place…

Vortex claims that the cost of harnessing and creating energy this way will decrease by 40 percent in comparison with traditional turbines thanks to this methodology. This is possible because a lot of capital is needed for the maintenance of bladed turbines, and since Vortex’s turbines don’t incorporate actual blades, the cost decreases automatically. It requires no periodic lubrication, and actually has a longer lifespan. Moreover, the simplicity in design also cuts down manufacturing costs by 50 percent!

As far as the energy harnessing ability is concerned, Vortex honestly admitted that the bladeless design unfortunately captures 30 percent less energy than a conventional turbine. However, it compensates this disadvantage by its sleek design, which means a larger number of turbines could be installed in a field, hence providing more electricity. And the biggest advantage is that these turbines are more environment-friendly as they make minimal noise, and also don’t pose as a threat to the birds who may get injured by the blades of the conventional wind turbines.

As of now, Vortex is focusing on manufacturing different sizes of turbines; the ‘Mini’ being a 41-foot-high turbine. This should be in the market by this year, and a larger version will be available for industries by the year 2018 if all goes well at the company.

The company clearly stated that they have nothing against conventional wind turbines, but are just trying to innovate and bring about revolutionary change in the field of renewable energy!

Over 100,000 Jobs Will Be Lost to Automation in the Next Two Decades; Study Suggests