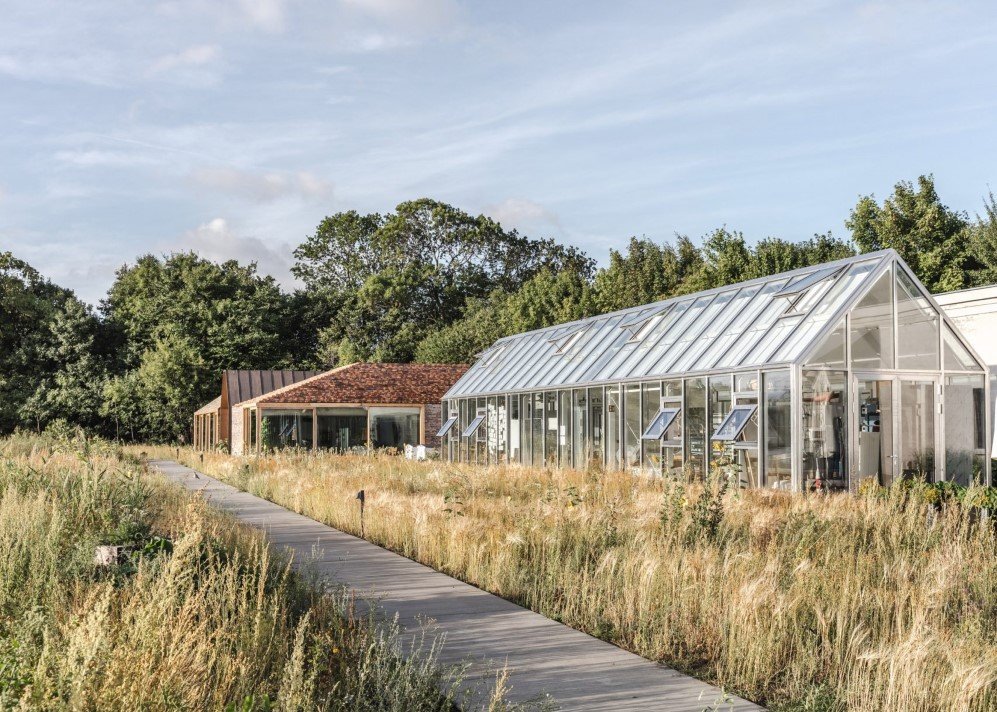 In Copenhagen, an architectural firm BIG has transformed a renowned building into the new site for one of the world’s famous restaurant Noma. Founded in 2003, Noma is a two-Michelin-star restaurant of size 1,290 sqm, run by Chef René Redzepi and located within the Christiania community in the Danish Capital. The restaurant is widely known for its reinterpretation of the Nordic cuisine. 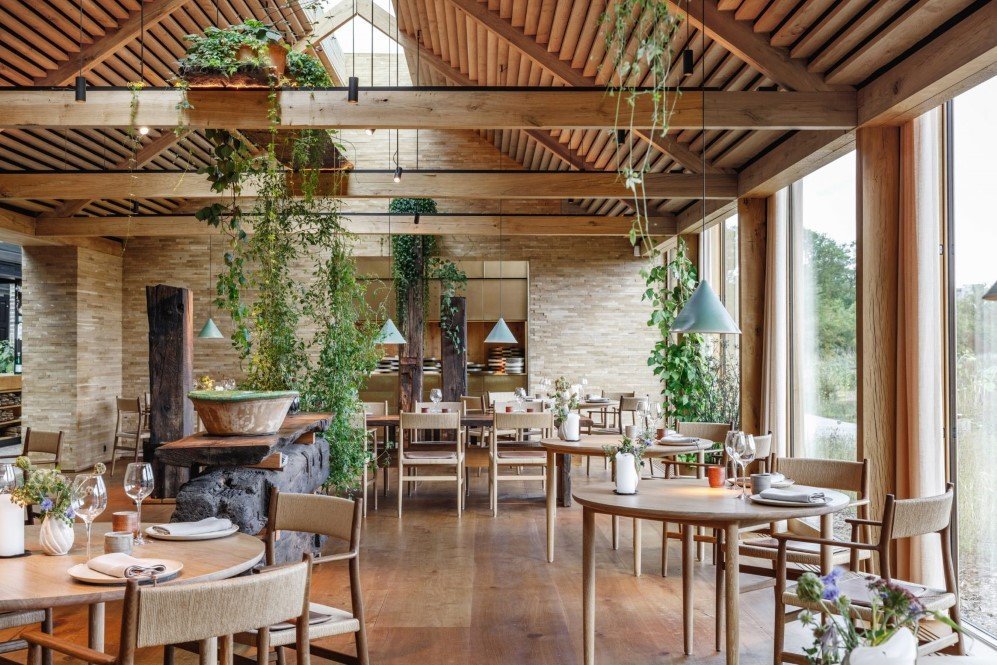 A 16th century harbor side warehouse, closed in 2017 was where Noma was previously situated. The new venue was opened in February 2018, constructed and developed in collaboration with BIG. It was once part of the Greenlandic Trading Square used for trading and later was the military warehouse called Søminedepotet, used to store mines for the Royal Danish Navy. This warehouse-like structure was renovated in a way so as not to damage the historically significant site. “Due to landmark status of the site, authorities only allowed extensions to Søminedepotet in areas where small extensions (later demolished) were previously located”, said BIG. 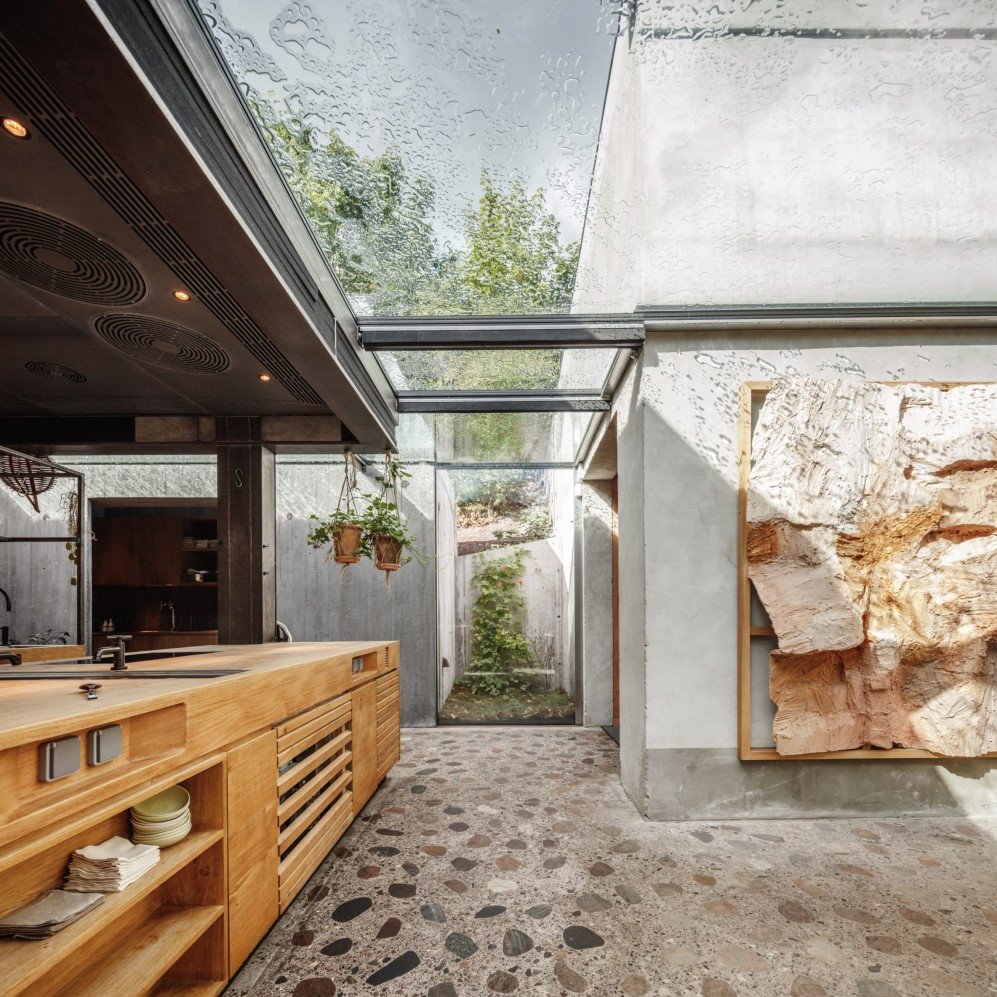 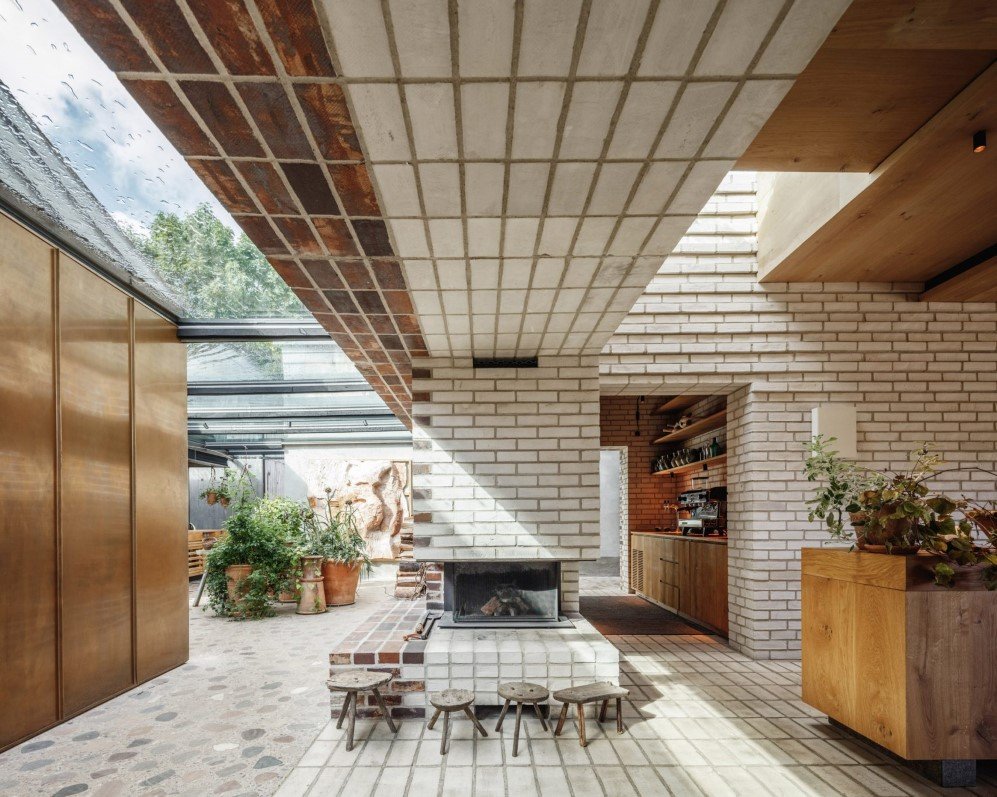 Situated at the southern end of the existing structure, the project involved the making of a ‘community’ of new buildings. Supervising the guest areas, the main and private dining rooms, 11 spaces are densely packed around the newly built kitchen positioned at the centre. The restaurant is designed as an ‘intimate garden village’ with the front-of-house services located within the allowed footprint for new development. The back-of-house programme is inside the structure with a passage wall down the east-facing frontage. 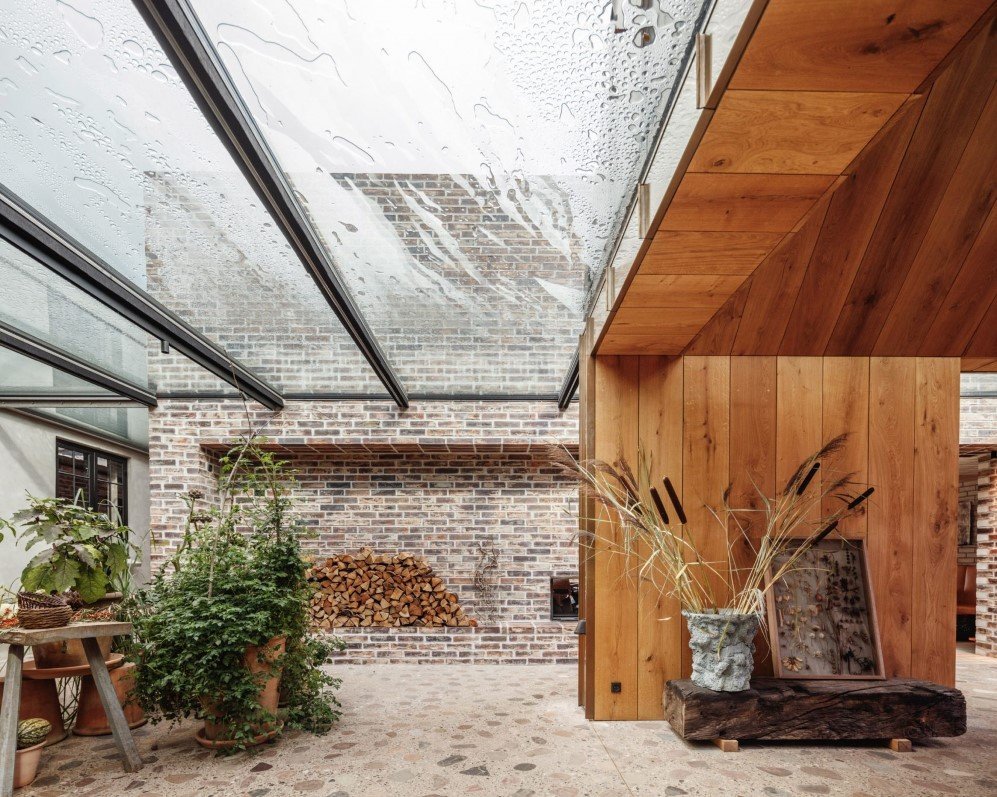 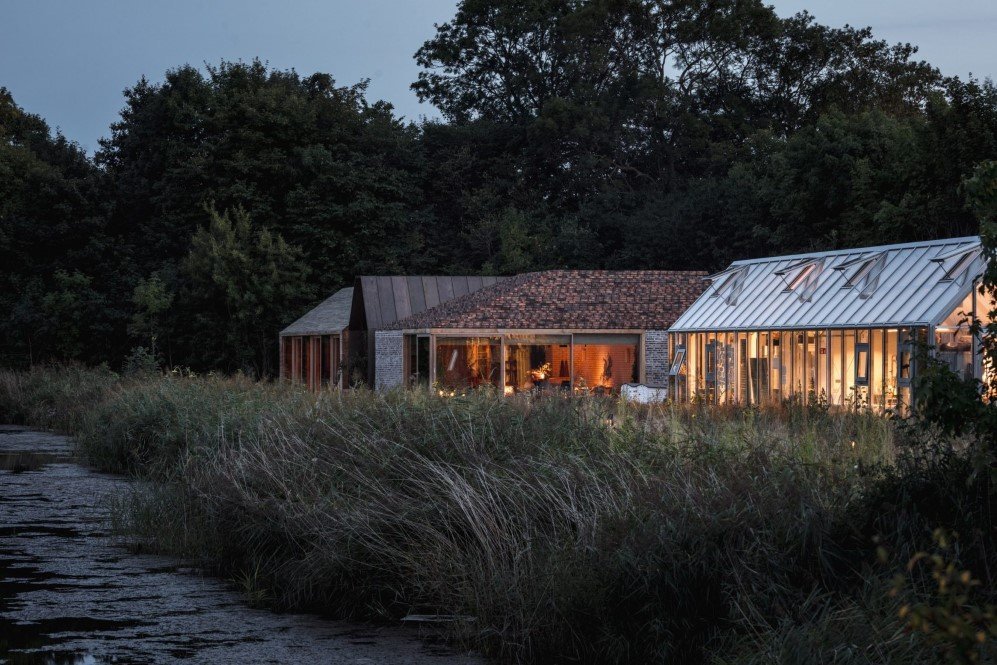 GoCube is a bluetooth-connected Rubik’s cube to let you…

The guests can even experience the chefs cooking as the restaurant has an open floor plan. Moreover, they can enjoy a variety of Nordic materials and building methods relating to the site’s heritage. “Each building within the building is covered by glass covered paths for chefs and guests to follow the changes in weather, daylight and seasons – making the natural environment an integral part of the culinary experience”, BIG said. 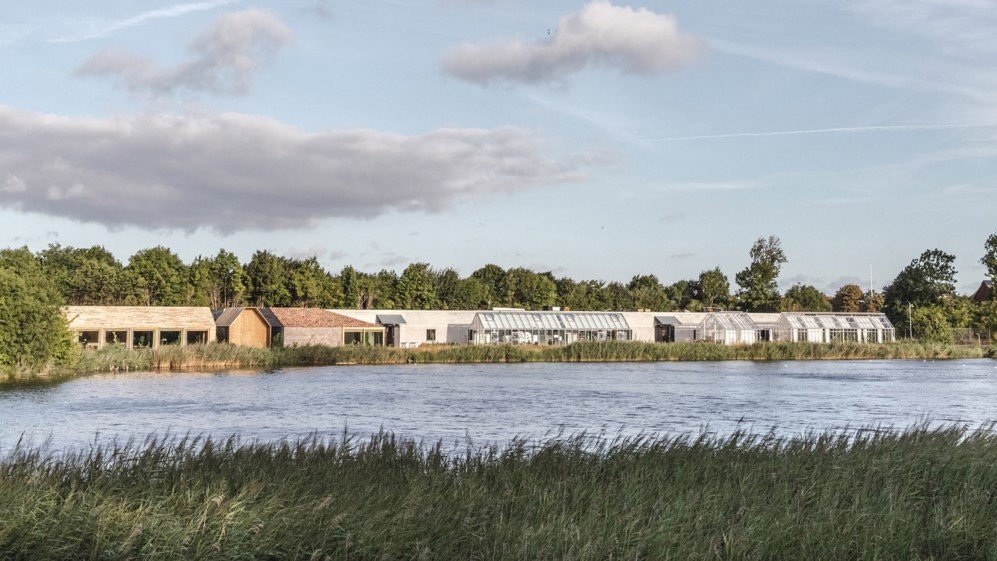 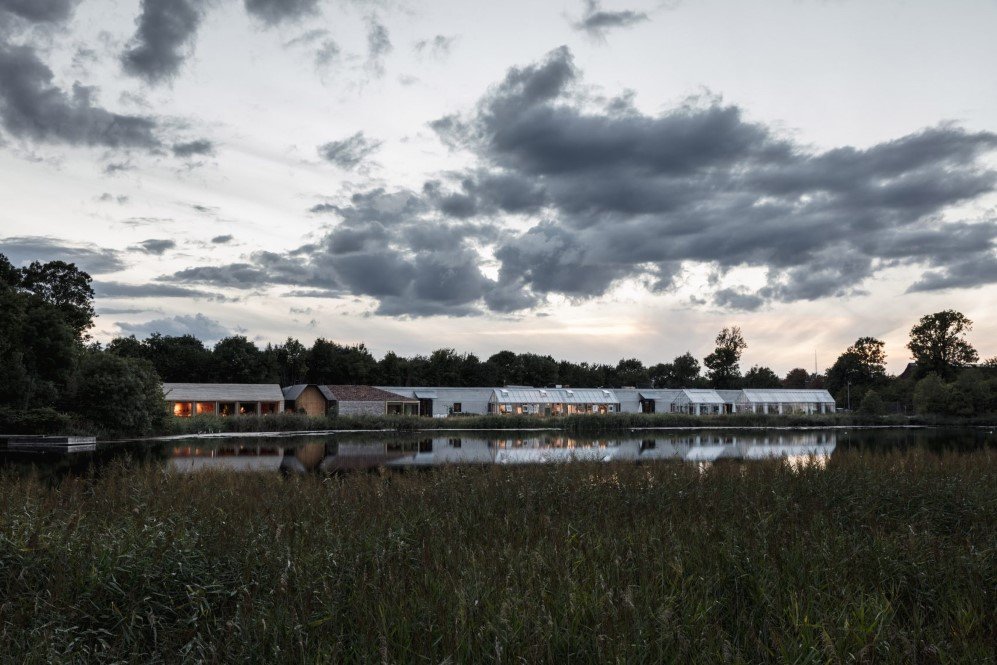 The interior of the restaurant is designed by Studio David Thulstrup featuring light wood and glass, a large glossed ceiling ad extensive set of windows that reveal the outdoor garden. There are oak tables and chairs with hand-woven cord seats made particularly for the restaurant by Thulstrup’s team.