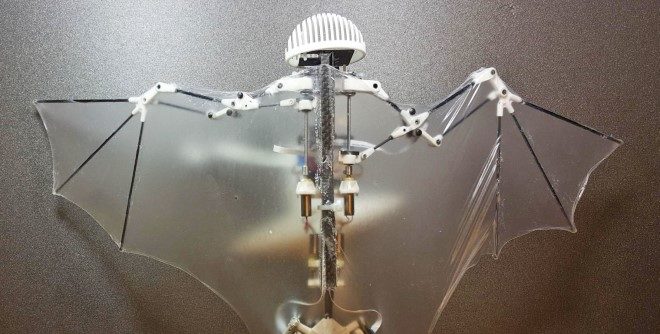 Nature is the ultimate inspiration for technology, be it the creation of airplanes, or rotating solar panels. However, the complexity keeps increasing as with the advancement of technology. Recently, a Caltech  Professor and Jet Propulsion Laboratory (JPL) researcher invented the first ever Bat Bot autonomous drone! It’s a huge achievement as many have failed to copy a bat’s complex flight patterns. According to the JPL researcher Soon-Jo Chung, ‘bat flight is the holy grail of aerial robotics.” However, Chung and his colleagues openly announced that they had finally succeeded in discovering the Holy Grail!

Even though implementing the structure of winged insects and birds into technology has been relatively easy, the bat itself proved to be a challenge since it has over 40 joints in its wings! To make things a little less intricate, the inventors structured the wing in such a way that it only consists of 9 key joints which are then connected by a flexible membrane. The bones are made out of carbon fiber whereas the socket joints are 3D printed. If we talk about the weight, the Bat Bot weighs only 93 grams, as the silicon membrane is just 56 microns thick. The research paper co-author, Mr. Alireza Ramezani, said ‘Our work demonstrates one of the most advanced designs to-date of a self-contained flapping-winged aerial robot with bat morphology that is able to perform autonomous flight.’

Since the Bat Bot depicts the function of a real bat, the wings move independently and alter its shape respectively to smoothly move around. This task is an achievement itself since it is quite an arduous task to program the wings to change their shape to perform complex manoeuvres.  This kinetic movement of the wings not only conserve battery but also increase the efficiency of the process. However, the battery is still incapable of fueling long flights. Researchers are looking into this issue, and seem to be quite optimistic.