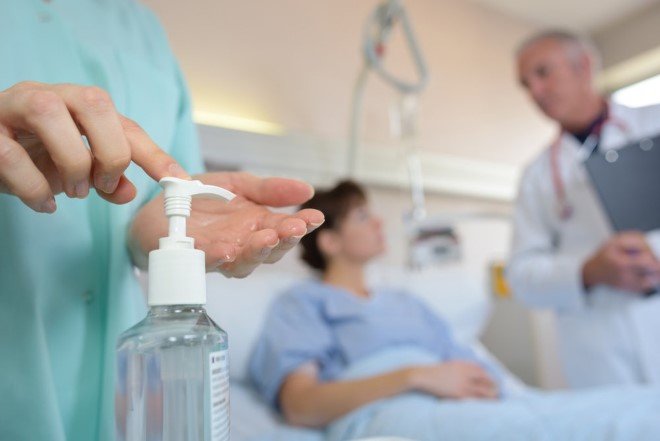 Even though alcohol-based hand sanitizers and disinfectants have been effective in reducing the number of cases of golden staph infections, a recent study shows that some bacteria are now developing resistance to these sanitizers.

It was Professor Paul Johnson who noticed the rise in Enterococus faecium (a bacterial pathogen) despite the decrease in golden staph infections. He assumed the bacteria were somehow gaining resistance against alcohol-based sanitizers so in order to study this anomaly and test his hypothesis, he approached colleague Tin Stinear and began his research. Co-author, Stinear was skeptical at first as he narrated, “Paul said maybe they’re becoming tolerant to all the alcohols we use in our hand hygiene products and we said, that’s ridiculous. What are the chances that something could become tolerant to alcohol? It’s a broad-spectrum disinfectant – it gets into the bacterial membranes and blows them apart. It’s a general annihilator of cells.”

However, during their research, the two came across a study that showed several strains of enterococcus bacterial genus develop resistance against antibiotic vancomycin back in 1980s. And it is these very vancomycin-resistant enterococci (VRE) that are leading to various infections in hospitals all over the globe. In 2017, CDC published a paper stating that the spread of Enterococus faecium is hitting crucial epidemic levels.

Paul Johnson, together with Tin Stinear, tested 139 different strains of Enterococus faecium found in Australian hospitals over a time period of twenty years and treated them with isopropanol solution, a suitable replacement of the alcohol commonly found in sanitizers. The results showed that bacterial strains collected after the year 2010 demonstrated resistance ten times stronger than older strains. Stinear said, “We started testing to see whether they had any tolerance to alcohol, and sure enough, the new isolates were more tolerant to alcohol exposure than the older isolates.” He added, “Alcohol use in hospitals has gone from hundreds of liters a month to thousands of liters a month of these alcohol-based disinfectants.” This explains why there is an increased resistance in the bacteria to hand sanitizers used in hospitals.

A treadmill disguised as a bike? Lopifit is the most wacky…

Hence, the problem doesn’t lie within the ‘effectiveness’ of alcohol-based hand sanitizers but with the bacterial evolution. Moreover, people are always in haste, which is why they don’t rub their hands thoroughly. Experts recommend spending a good 20 to 30 seconds in order to ensure complete elimination of bacteria. Mr. Stinear suggested, “Anywhere you have sub-optimal contact times with the full-strength product you’re going to risk some breakthrough, or bacteria persisting.”

If you wish to go through this research paper, refer to the Science Translational Medicine journal. All in all, it can be concluded that we need to come up with a better and more effective alternative for alcohol-based hand sanitizers if we are to mitigate and altogether eliminate the risk of pathogen-causing diseases.