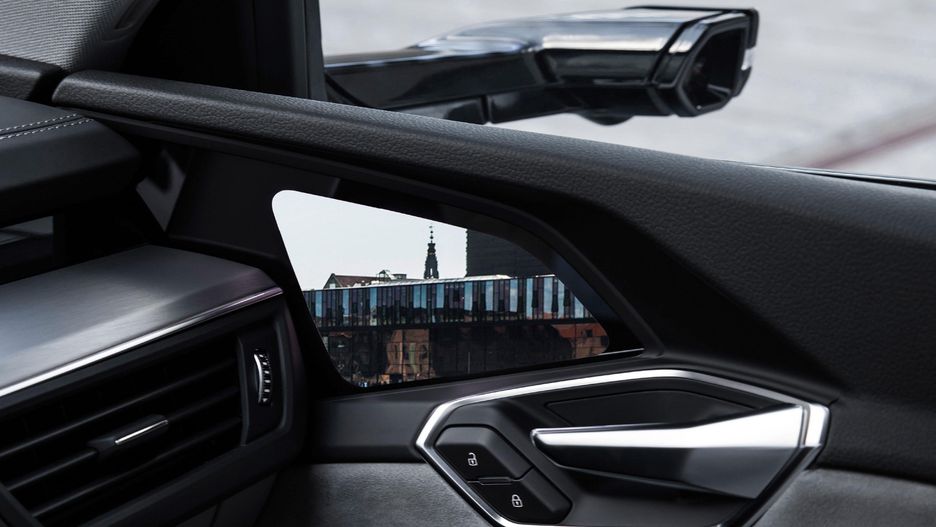 Electric vehicles come with their own set of problems ranging from high costs to low ranges. Noise is also a huge issue. It’s hard ditching the conventional modes of transportation for a vehicle that makes your ears sensitive to the squeaking and rattling sounds.

Recently, Audi shared details of its fully electric SUV, which contains new parts that can cater to the persisting noise. One of these parts is its side-view mirrors. Audi replaced E-Tron’s side-view mirrors with exterior cameras, which connect to the 7-inch OLED displays located on the inside of the car’s door exactly where drivers expect the mirrors to be. Using preprogrammed settings, drivers can adjust their mirrors for highway driving, turning and parking. These one-of-a-kind technologies also have magnification properties, meaning they can be zoomed in and out. 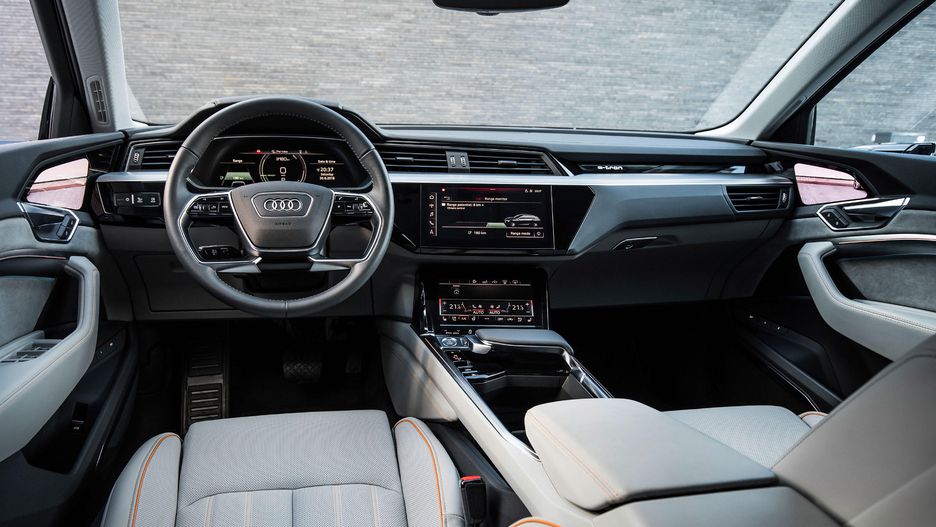 The E-Tron is the only commercialized car that uses virtual mirrors that are in the same place on other conventional cars. Sadly enough, the concept won’t be available in the US, where the rules and regulations only permit the use of old-fashioned mirrors. Although the automotive industry-led by Tesla-has been trying to convince regulators to modify the rules, there hasn’t been much luck. 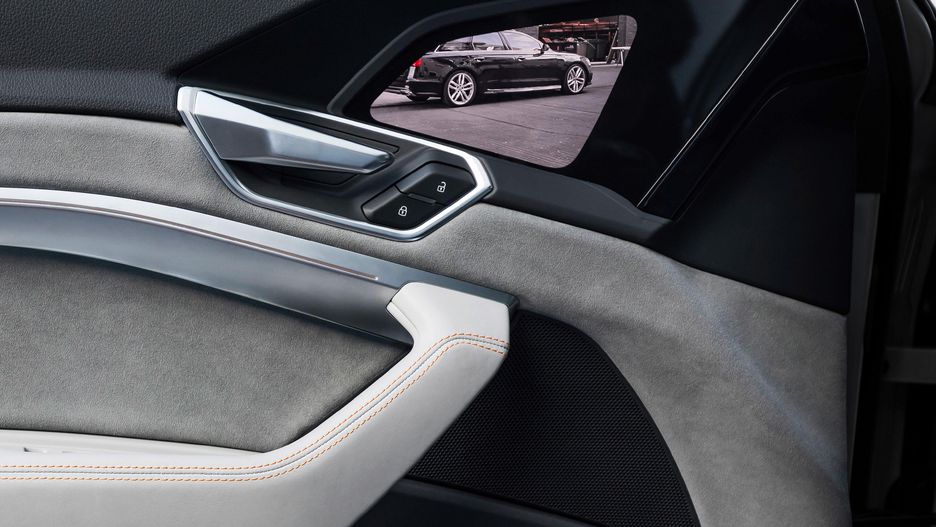 When US laws do change, users of the new SUV will see the comfort and safety behind this new feature. The trapezoidal screen provides the user with numerous possibilities for view adjustment. Not only that, the driver can also drag the image around in order to adjust the camera. Audi says, “The driver can enter different setting using the touchscreen function. The image detail can be moved, providing the required field of vision, while the user can also zoom in and out of the image. The driver can choose from three views in the MMI system for different situations — for highway driving, for turning and for parking.” 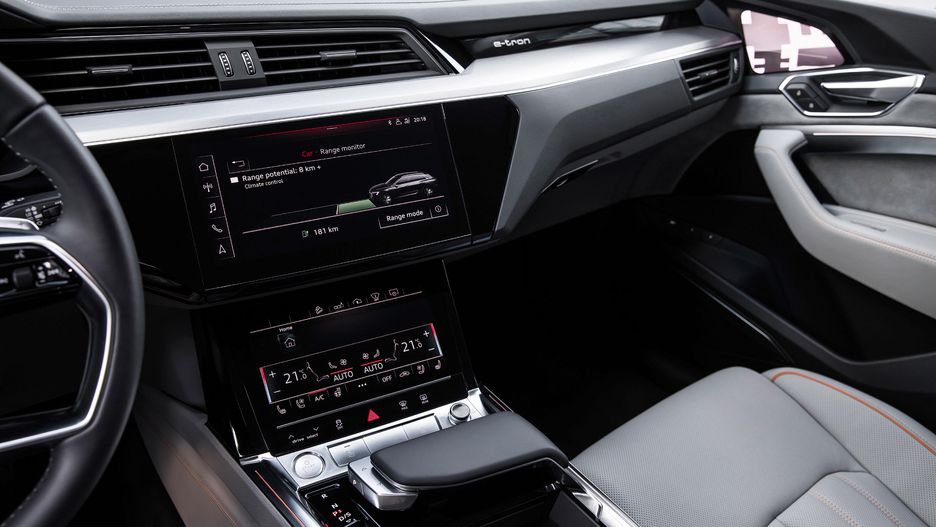 Originally, Audi planned to reveal the E-Tron during Audi Summit on August 30 in Brussels. However, plans have now shifted to the U.S. at an undetermined date. Nonetheless, it will be available in Europe’s car showrooms by the end of this year.

All Images: © Audi via CNET