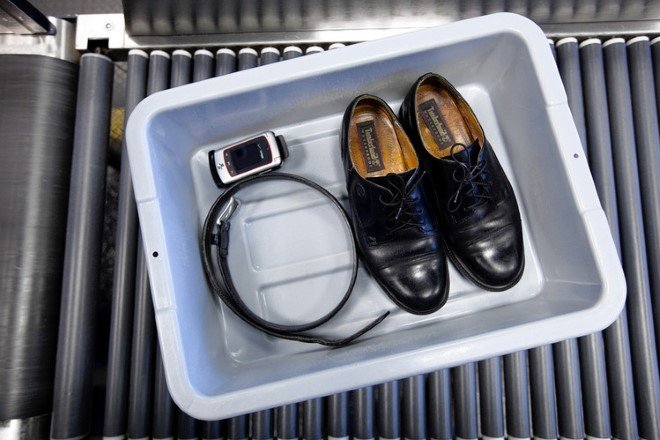 According to new research, airport security bins surprisingly contain more cold and flu-causing germs than most toilet seats, threatening passenger safety. At the Helsinki-Vantaa airport in Finland, samples were collected from regularly used surfaces on three different instances by the researchers from the University of Nottingham. They collaborated with the Finnish National Institute for Health and Welfare for this study.

The findings of the team after swabbing the plastic bins at the Helsinki Airport were reported in the recent issue of the journal BMC Infectious Diseases. These samples were taken during the winter of 2015-2016 and four of the eight samples contained the rhinovirus or adenovirus responsible for causing colds or flu-like symptoms.

After further study, the lead authors of the article deduced that the screening trays “appear commonly contaminated” and are the most possible places from where a person could catch a dangerous virus.

The study itself might not be that shocking considering the volume of foot traffic going through airport security each day. As stated by the Bureau of Transportation Statistics, the number of passengers flying each day is precisely 1.73 million in the United States only.

Jonathan Van Tam, Professor of Health Protection who led the researchers from the University of Nottingham’s School of Medicine said, “This study supports the case for improved public awareness of how viral infections spread.”

23 Haunting Places from Around the World Making You Feel…

Panorama Glass Lodge will let you view the Northern Lights…

Nevertheless, the researchers assured that the risks of catching a cold or flu when touching airport security bins can be minimized by taking basic sanitary measures. “People can help to minimize contagion by hygienic hand washing and coughing into a handkerchief, tissue or sleeve at all times but especially in public places,” Van Tam noted in a statement.

Niina Ikonen who is a virology expert echoed Van Tam’s statements, saying it could be bigger than just the safety of a few people. She said, “The presence of microbes in the environment of an airport has not been investigated previously. The new findings support preparedness planning for controlling the spread of serious infectious diseases in airports. The results also provide new ideas for technical improvements in airport design and refurbishment.”

In countries where passengers, while going through security are asked to empty their foodstuff into a plastic bin are more likely to have a higher “emerging pandemic threat”.

The researchers deduced that airport security teams should be more diligent about cleaning the bins. Before boarding the plane as well as after the security checkpoint, airports could offer hand sanitizer to travelers in order to offset the possibilities of extensive illness.

Baumraum elevates a treehouse to serve as an idyllic vantage point

Creepy Velox robot can skate over ice, swim underwater and move on land