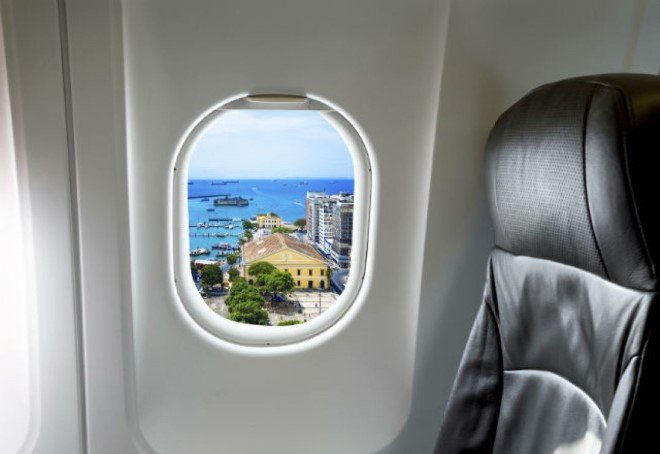 Ever thought why the airplane windows are round instead of having a more conventional square or rectangular shape?

In the mid-20th century, commercial planes started to gain popularity however, to make them common and affordable the airline companies started focusing on cutting down the costs of the flights. A clever way of achieving this was by flying the planes at higher altitudes, where the air density is low and as a result planes experience less drag. But an altitude of 30,000 feet is not favorable for the survival of humans unless the cabins are pressurized. The aircrafts expand slightly due to pressure differences at greater heights, causing the stress to develop. The aeronautical engineers then developed cylindrical design of the plane while keeping the windows square to reduce the pressure difference between internal and external atmosphere. This plan immediately backfired after three plane crashes in 1950’s, which occurred because pressure built up more on the corners of the windows hence tearing apart the windows and the main body of the aircraft.  Since then, airlines have started to construct commercial planes with round windows so that excessive pressure is not built and the cabins remain uniformly pressurized. This ultimately paved the way for safe and affordable commercial flights for the public.

How to Reverse a YouTube Playlist in 4 Simple Ways

As this video from Real Engineering explains, round airplane windows are actually a major safety innovation that keeps planes from disintegrating mid-flight.