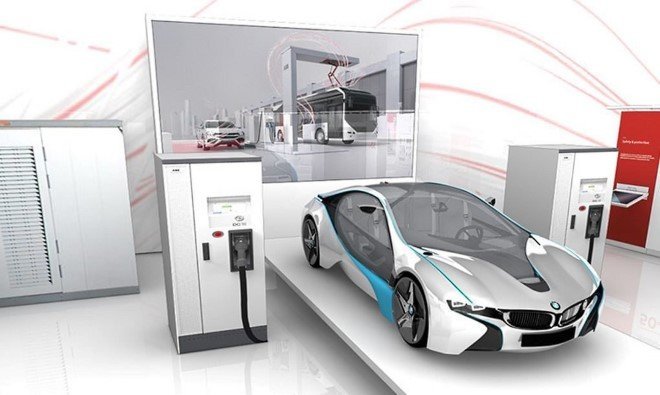 Either Electric Vehicle (EV) charging equipment is way ahead of its time or EV development is lagging. Swiss company ABB recently introduced its Terra High Power DC fast charger having a high power rating of 350kW, which is three times greater than Tesla’s superchargers. The only and largest drawback is that electric cars cannot handle such high powers yet.

This superfast charger has the ability to move electrons in the battery unit with such speed that it can charge a regular electric car in a mere 8 minutes which can last for a distance of 120 miles (200 km). Now that’s impressive. Moreover, given that, fuel driven cars receive their power in a matter of minutes; electric cars need this kind of charging rates so people can even consider them as long-range vehicles. However, EV owners have the advantage of conveniently slow charging their cars at home-at a very little cost as compared to fuel driven cars-when they’re not covering long distances.

The need for fast charging is greater than we think. This is because charging facilities like CHAdeMO only have a mere power of 62.5 kW, while the JI772 level 2 spec only delivers up to 19.2 kW charging and even the Tesla supercharger can give a power rating at 120 kW, which is very less in comparison to 350 kW. 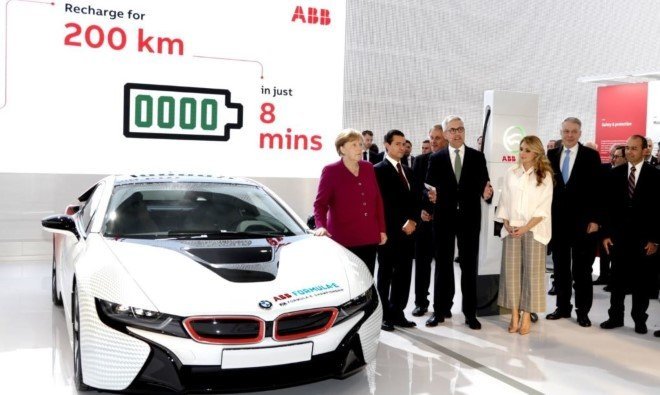 This pedestal bridge lights up with a coral shaped mount

How to Merge Cells in Google Sheets? – A Step-by-Step…

However, the introduction of such a fast charger is not enough. We need equally high-powered cars to handle such charging rates. Many EVs in the market have a limit of 50 kW charging. Even though the 2018 Nissan Leaf can bear a maximum of 100 kW, it is still not enough to cater to the Terra DC fast charger.

While everyone is praising the new and useful invention, Elon Musk did not show much excitement. He recently tweeted, “A mere 350 kW … what are you referring to, a children’s toy?”

Musk probably doesn’t realize that recharging batteries at such fast pace is no child’s play. According to Terry Hershner, “Filling up a lithium battery is a lot like filling an empty milk jug with a pressure washer. If it’s completely empty, you can squeeze that trigger and just blast it in there. But almost right away, you’ve gotta start backing off the pressure or the water will start foaming out – and that’s where you can get actual physical damage to the battery.”

All we can hope is that EVs develop enough to sustain ABB’s fast charger. This will not only benefit the environment by encouraging people to buy electric cars; it will also enable the cars to cover long ranges. Until the cars upgrade, we can use ABB’s Terra High Power fast charge units to their full potential by plugging many cars to one unit simultaneously.