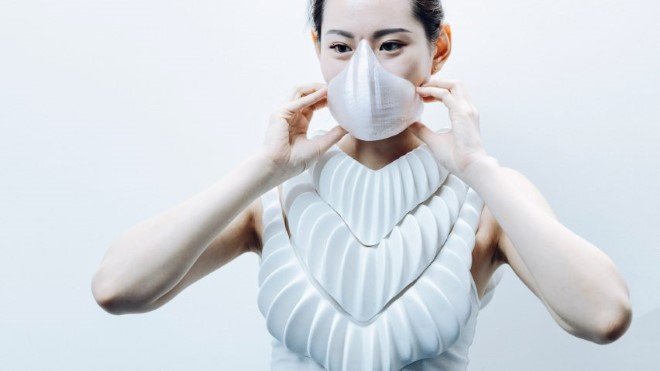 It is estimated that by the year 2100, 30% of the world’s population will be affected by melting ice caps and rising sea levels. Global warming and climate change is real, in case you are one of those who still view it as a conspiracy theory. So, what will we do or where will we go when all coastal urban areas are flooded? While migrating inland seems like a plausible solution, Jun Kamei suggests adopting a semi-aquatic lifestyle. 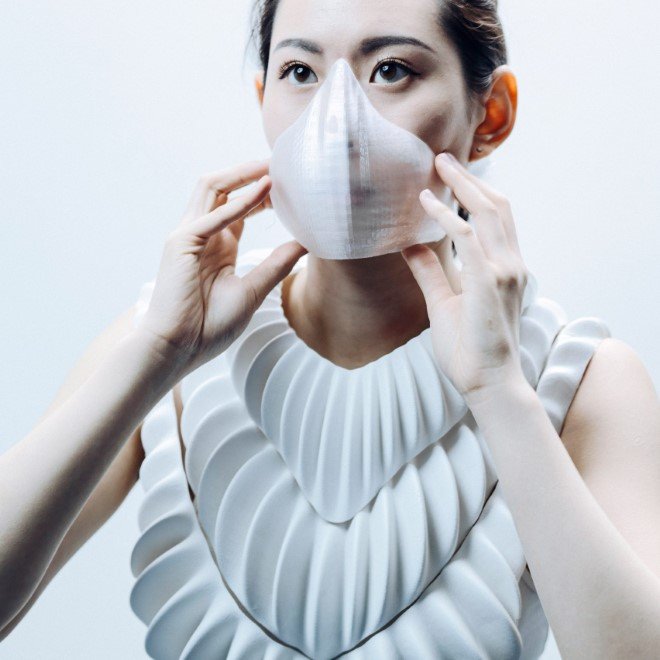 A biomimicry designer and material scientist at Royal College of Arts, Jun Kamei has presented ‘Amphibio’ – a lightweight 3D-printed vest made out of a polymer that serves as a breathing reservoir and an artificial gill, allowing people to live in submerged cities. Kamei, in collaboration with RCA-IIS Tokyo Design Lab, has designed the Amphibio based on insects and spiders that have hydrophobic skins that allow air bubbles to form around them and ultimately enter their bodies. Hence, these artificial gills will work in a similar fashion – allowing the dissolved oxygen in the water to enter and carbon dioxide to escape. The Amphibio is made of porous hydrophobic material that is compatible with a 3D printer. 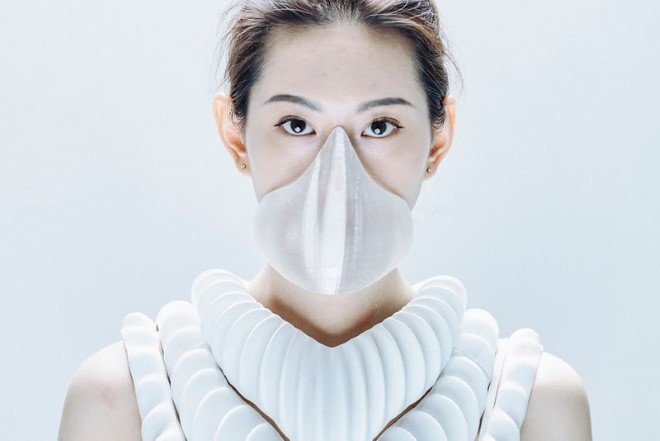 The end product of this 3D printing will be a scalloped vest with multiple air bladders feeding into a mask that will cover the user’s nose and mouth. While explaining his concept, Kamei said, “It is a cross between free diving and scuba diving in the sense that it allows you to stay underwater for a longer time using lighter equipment”. Kamei admits that his product is still in its research phase and there are a lot of factors that are needed to be studied. In order to test his concept, he used a test bladder filled with carbon dioxide and suspended it in a tank to analyze its ability to absorb oxygen. The results showed that his design has an insufficient surface area and needs to be at least 32m2 in order to provide enough oxygen.

The idea of creating artificial gills seems farfetched and quite impractical at this point in time as many have previously tried to create semipermeable plastic membranes to obtain oxygen from water as well and had to face various issues. The rarity of gills can be understood from the fact that none of the sea mammals possess them. Primarily because they have high metabolic rates and so require a lot of oxygen. A liter of air has 200 ml of oxygen whereas a liter of water has only 5-10 ml of oxygen. So, if an artificial gill is to be worn by a human, it must be able to process 10 to 20 times more water by volume than air. Therefore, a large surface area i.e. 50-75 m2 is required and large impellers are needed to push the water into the device.

A Mesmerizing Collection of Breath Taking Peaks from Around…

Snake-Inspired Robots Are Here But For A Good Purpose 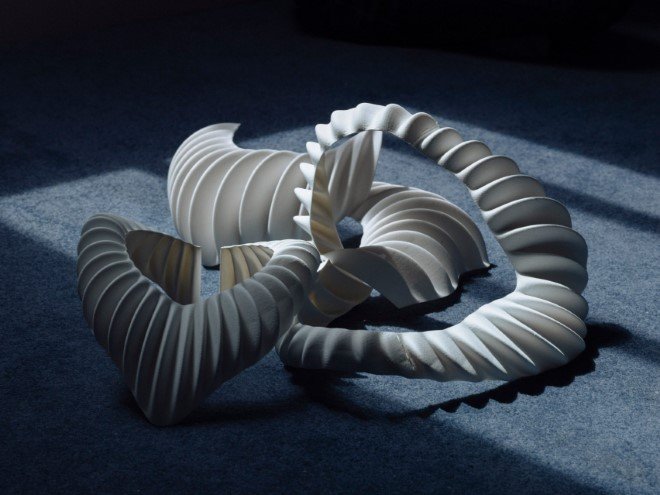 Similarly, the entry of gases other than oxygen and carbon dioxide is another issue. A gill can only extract oxygen out of water, so the nitrogen content in the human body (which is 78%) will slowly deplete and cause the hoses to collapse. This situation will only worsen while using Amphibio because it will trap a layer of air around it and when nitrogen escapes, this layer will shrink. Furthermore, artificial gills have proven to be successful only in shallow water because as you go deeper, the water pressure increases and so does the probability of the mask flooding.

While the concept is still achievable, it just needs a lot of research before it hits the markets because hundreds of lives will be at stake if this device fails!

All Images Courtesy of Jun Kamei