Let us take a look at Netherland’s novel solar power project known as ‘Solar At Sea’. According to research, the country requires 26,910 square feet of floating solar panels to meet its energy demand. In order to achieve this, six Dutch institutions and companies have collaborated to develop an offshore solar plant. The project will be receiving $1.48 million from the government and Utrecht University will be conducting the research as these special solar modules are designed to be 15% more efficient than the conventional solar panels used on land. 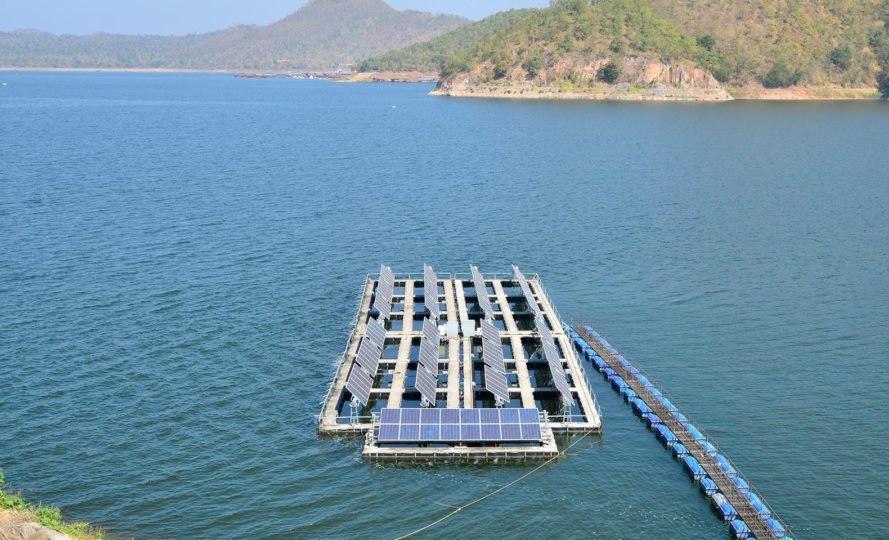 Light up your world with this living chandelier loaded with…

The six companies involved cannot guarantee if this offshore solar farm will provide energy sufficient for the entire country but they remain optimistic and are keen on finding out! So far, the team has decided to install 323 square feet of solar panels nine miles away from The Hague in the North Sea Farm in order to gain a better understanding of the weather conditions, energy efficiency and environmental consequences.

Since the concept of offshore solar panels is unique, it comes with many challenges. Utrecht University’s solar power expert Wilfried van Sark said, “When the waves reach heights of ten meters, this is unavoidable. The panels will wobble a bit, too. The impact of those dynamic shifts in tilt angle hasn’t yet been studied, either. Floating solar farms can be found on lakes around the world, but ones at sea are much rarer.” However, Van Sark also listed the advantages of solar farms on waves. For instance, he said that seawater has a cooling effect which has a positive impact on the efficiency of solar panels. The consortium consists of big names such as ‘Maritime Research Institute Netherlands (MARIN), TAQA Energy, Netherlands Organization for Applied Scientific Research (TNO), and Energy Research Center of the Netherlands (ECN). They are hoping to expand to 26,910 square feet of solar panel by the year 2021 if all goes well!