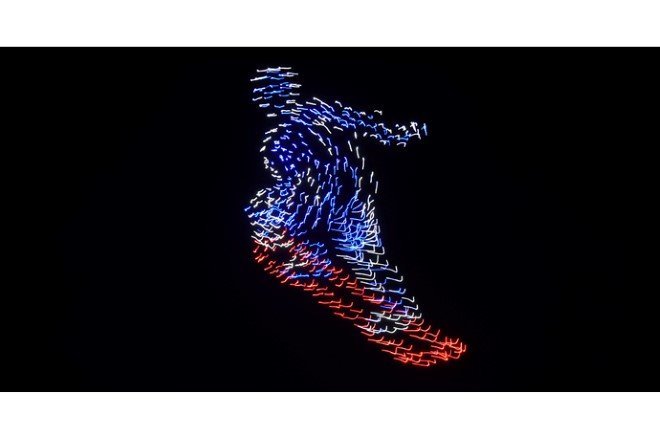 If you’re a huge fan of fireworks, wait till you see the pre-recorded drone display carried out by Intel for the Winter Olympics in Pyeongchang! All those who were watching the opening ceremony on their televisions must surely have been mesmerized by the 1,218 drones that created nothing less than magic!

It was not the first ever drone show as you may have seen one during Lady Gaga’s performance at last year’s Super Bowl but it was indeed the world’s largest display! It is not a surprise that Intel was the brain behind it. Only they are capable of creating and syncing foot-long, eight ounce, plastic and foam quadcopters to fashion such stunning animations in air. The General Manager of Intel’s drone group, Anil Nanduri, said, “It’s in essence technology meeting art.” 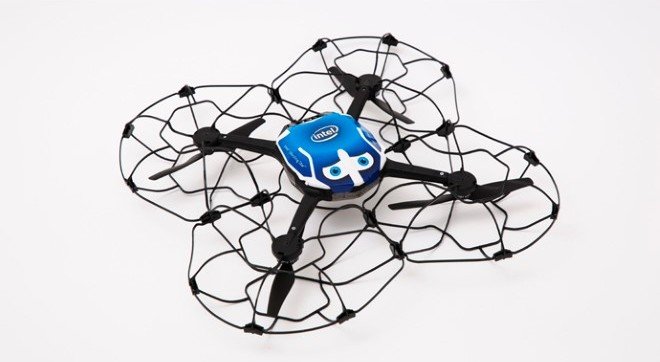 Intel’s Shooting Star drones can fly in formation for up to twenty minutes. Even though they planned to carry out this drone show at the opening ceremony, due to last minute ‘logistical changes’ they could not, hence the pre-recorded videos were played on TV. This excuse was understandable considering drones are sensitive to temperature and wind speed and Pyeongchang is a windy and cold city. However, to make up for this disappointment, Intel plans on carrying out live shows throughout the week with a special 300-drone act at the medal ceremonies! 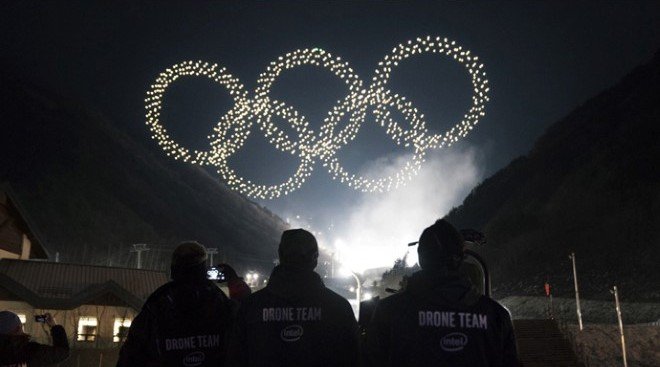 These drone shows follow a theme; for instance, a waving American flag accompanied Lady Gaga whereas a twirling Christmas tree at Disney’s Starbright Holidays. Hence, the drone show at the Olympics consisted of a snowboarder and obviously the five interlocking rings. All this took months of coding and four billion colour combinations reflected through LEDs. Natalie Cheung (Intel’s General Manager of drone light shows) said, “In order to create a real and lifelike version of the snowboarder with more than 1,200 drones, our animation team used a photo of a real snowboarder in action to get the perfect outline and shape in the sky.”

Here is how the team managed to pull it off – the animators drew the entire show using a 3-D software, and members then assigned each drone a position in space – much like an aerial pixel – so it would create a 3-D image in the night sky. Nanduri explained, “What you have is a complete three-dimensional viewing space, so you can create lots of interesting effects and transformations when you use that full capability. It’s always easy to fly more drones for an animation and increase the perspective.” 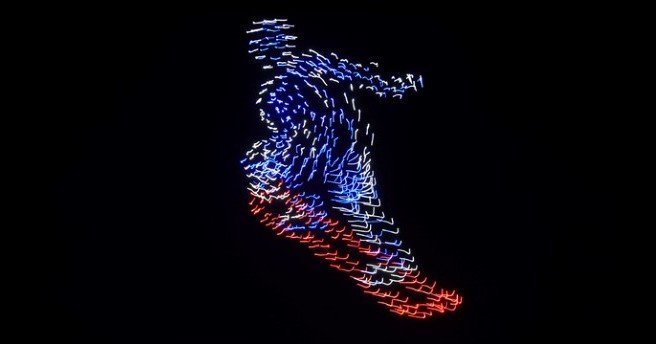 As the animations are created, each drone functions independently by being in constant communication with the central computer. The computer determines the role of each drone based on their battery levels and GPS strength. While talking about the technicalities of these drones, Nanduri said, “When you have these multi-rotors, you’re spinning these blades, it’s all about how much lift and thrust they can get. You have blades spinning in different directions, and it’s self-balancing. When you have high winds, you basically have to counter that, especially depending on the direction of the wind. You need more power.”

Coming back to the atmospheric conditions i.e. temperature and wind speed, Intel modified the design of the drone’s rotor cages so that they could remain stable in air but they did not change the shape of the Shooting Star propellers. Similarly, the batteries are affected by the temperature as Nanduri said, “Lithium-ion batteries and cold don’t really go together.” To understand the effects better, Intel tested the Shooting Star performance in Finland for a time period that equalled to that of the Olympic show. 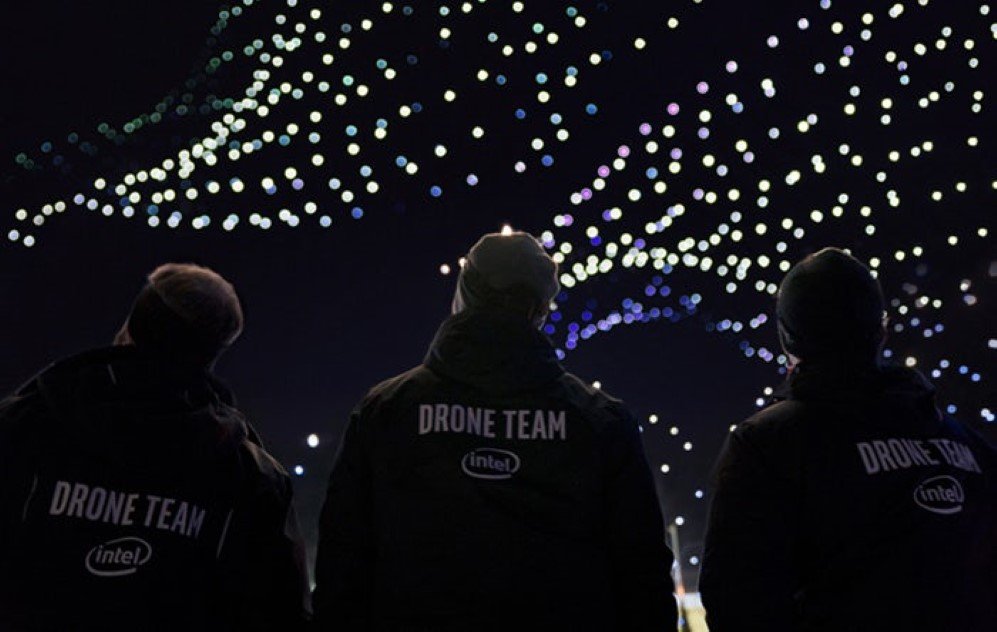 Even though Intel is currently confining the scope of these drones to entertainment purposes, they do intend to create a more professional purpose such as use in search and rescue operations in the future. For now, we haven’t seen enough of these drone shows so let’s just appreciate the team’s amazing work and wait for the next big display!