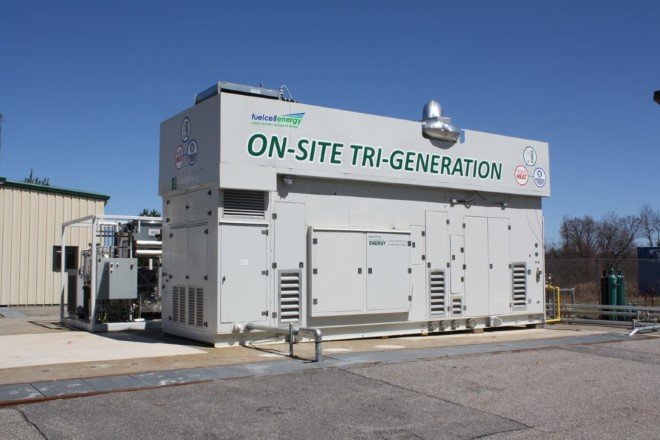 The world is in dire need of sustainable development. With rising sea levels, melting glaciers and increased global temperatures, we need to work on eliminating and controlling the sources that are instigating climate change. What can we do? Reduce – Reuse – Recycle – Recover. Furthermore, we have to shift towards renewable energy as coal, oil and natural gas release a significant amount of carbon dioxide upon combustion.

Fortunately, Toyota has started the construction of a huge power plant that has the ability to produce 1.2 tons of hydrogen every day. This amount is equivalent to the consumption of 1,500 cars per day! The project is known as the “world’s first megawatt-scale carbonate fuel cell power generation plant”, and is said to be able to power their operations at Long Beach Port.  This power plant is a step towards achieving Toyota’s goal of net zero carbon dioxide emissions which is a part of their Environmental Challenge 2050.

Watch an aircraft-inspecting robot climb and inspect a…

Will the new iPad Pro with magic keyboard replace MacBook…

By the year 2020, the Tri-Gen facility will go online and generate about 2.35 megawatts of electricity which will be entirely green since the process will utilize California’s agricultural waste, producing electricity, water and hydrogen as a result. This hydrogen will then power fuel cell vehicles used on the Long Beach Port which include Mirai sedans and heavy-duty trucks called ‘Project Portal’. Doug Murtha, the Vice President for Strategic Planning, said “For more than twenty years, Toyota has been leading the development of fuel cell technology because we understand the tremendous potential to reduce emissions and improve society.”  This way, Toyota will successfully build a recycling-based society – an integral part of their Environmental Challenge 2050.

In an interview, Toyota emphasized on its commitment to expand the hydrogen society, and said that it has already teamed up with Shell to develop and install new hydrogen stations! Never before have we witnessed such a collaboration between a car and an oil company – seems like things are about to change real soon!

Bitcoin transactions are consuming more power than whole of Serbia