Bitcoin transactions are consuming more power than whole of Serbia 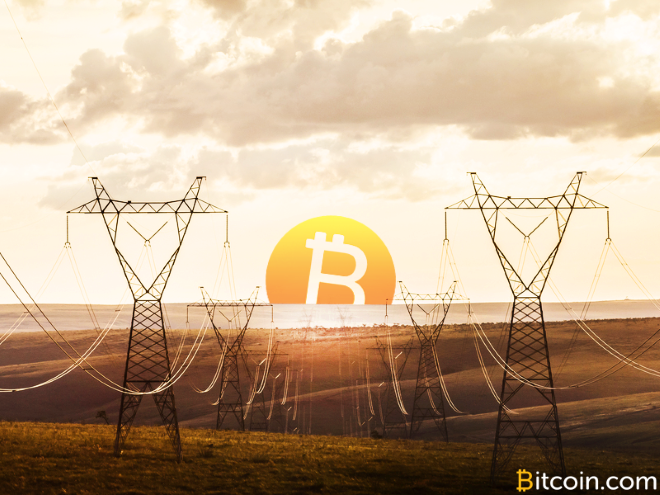 Being compared to the internet bubble of the 90’s, cryptocurrency is giving rise to millionaires and billionaires all over the world. From a mere $30 per coin in 2013 – the cost of a single bitcoin has jumped to a staggering $14,000 – and it’s giving no indication of slowing down. The only way to describe the price hikes that this currency is experiencing in the recent years is “asymptotic”. In early 2017, it started at $1000 a coin and rose exponentially every month – since more and more speculators started jumping on the bandwagon. The money keeps coming in, increasing the Bitcoins’ value and more and more people look to invest into it. The interesting aspect is that as soon as it loses value (which it does often, going down by around 40%), the newer investors sell their Bitcoins, allowing the old ones to invest in even more Bitcoins.

Some analysts are looking at the currency as a replacement for gold in terms of being a store of wealth against which money is generated and some have gone as far as to say that cryptocurrency is the only currency which will be used for all transactions in the future. However, given the volatile nature of this currency and the fact that it can take up to seventeen hours to confirm a transaction, most people have their reservations about Bitcoins replacing traditional currency.

Looking at the cost of each transaction, a comically large computational effort is required every time. Mining Bitcoins require overwhelming amounts of processing power. Mining operations have become supercomputing farms, which run day and night, solving the incredibly complex computational math that keeps Bitcoin trustworthy. This is where the cost comes in.

These revolutionary cryptocurrencies causing environmental disasters would seem a little farfetched to the casual observer – but then again, Bitcoins using the same amount of energy as Serbia, seems impossible too. The network uses an astounding 240 kilowatt-hours of electricity for every single transaction – leaving as much of an environmental footprint as an entire country. To put things in perspective, charging a Tesla P100D 2.4 times to drive around 1,373 Km or powering an average American household also uses 240kWh. At around 35,000 transactions daily, the amount of energy is catching up to the energy consumption of Denmark.

Mikkel Jul Hvilshøj captures cooking recipes in the most…

This vintage plymouth Caravelle installation serves as a…

The next question that comes to mind is the source of the power. Some sources are attributing it to Coal, but since the mining itself is pretty hush hush, no one knows for sure.  However, one thing is for sure – if the sources are to be believed and the estimates are correct, each transaction is putting about 117 kg (258 lb) of carbon dioxide into the atmosphere. This means that the network is emitting over 16,000 kilotons of carbon dioxide annually – and increasing.

It’s important to note that these estimates are just for Bitcoins. Since the popularity of Bitcoins, all kinds of cryptocurrencies (Ethereum, Ripple and Litecoin to name a few) have popped up, each with their own functional benefits and twists on safety, ease of transaction and technologies – and with increasing energy consumption needs.

The real question is whether the costs of these currencies outweigh the benefits. While they do promise a future where the value of money can’t be manipulated by governments, the energy consumption and the carbon emissions are extremely alarming – and the cost may be too high to reap any benefit at all.